A cleric directed Palestinians to stab Jewish Israelis during a sermon last week at a mosque in Rafah, a Palestinian city in the southern Gaza Strip.

Sheikh Muhammad Salah "Abu Rajab" during a sermon at Al-Abrar Mosque on Friday directed listeners to attack Jewish Israelis in groups and "cut them into body parts," according to video obtained by the Middle East Media Research Institute.

Days after the sermon, Israeli authorities said that a young Palestinian man waged a knife attack on a border officer in Jerusalem. Police shot and killed the individual near Jerusalem’s Old City. The incident followed days of deadly confrontations in the city.

"Today, we realize why the [Jews] build walls. They do not do this to stop missiles, but to prevent the slitting of their throats."

A few minutes into the sermon, he began wielding a knife. 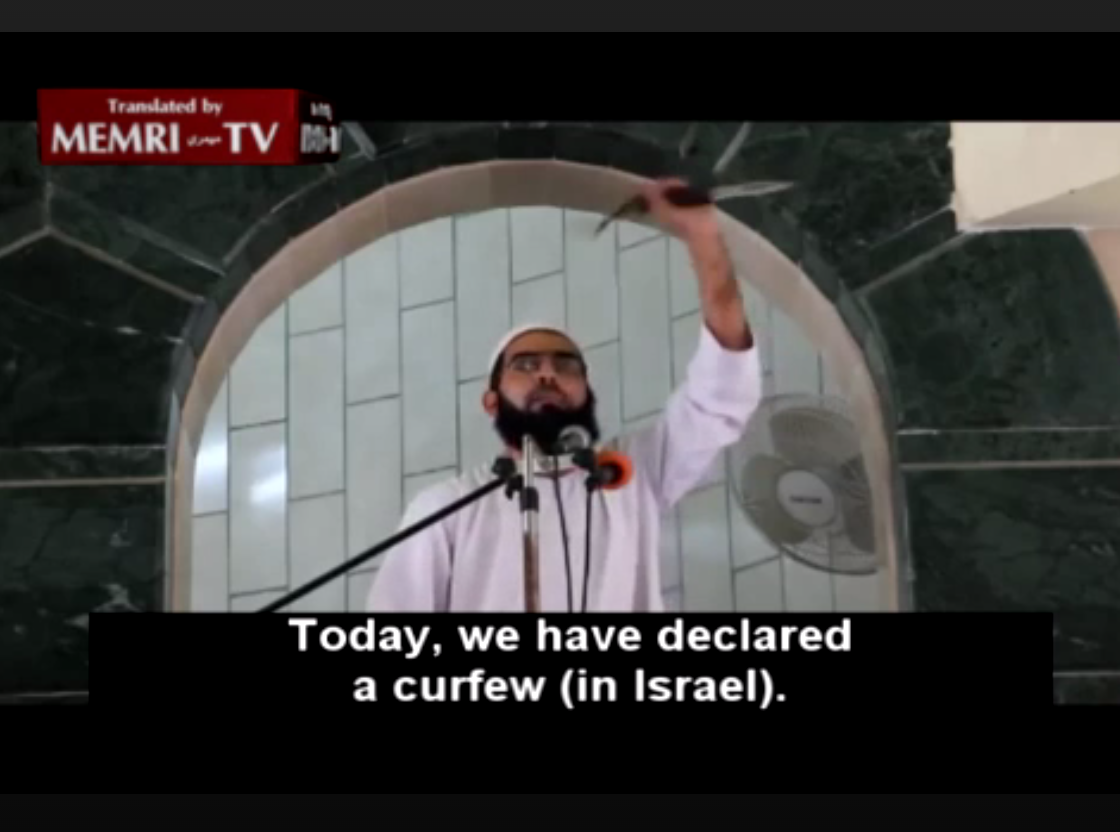 "You will get nothing in our land except for slaughtering or stabbing. Why? The world will say that we are terrorists, that we incite. Yes!" Salah shouted.

"‘Oh Prophet, sufficient for you and for whoever follows you of the believers is Allah. Oh Prophet of Allah, incite the believers to fight.’ Why? Oh America, oh Crusader aggressors, oh Arab Zionists, oh Zionists from among the criminal Jews: Are we aggressors? You have come of your own volition to be slaughtered on our land."

Earlier on in October, a terrorist named Muhannad Halabi stabbed two Israeli men to death and injured a woman and her two-year-old child in Jerusalem’s Old City. Israeli police shot and killed Halabi after the knife attack. Later, a Palestinian mother named her newborn child after the "hero" terrorist.

Violence in Jerusalem—ranging from stabbings and shootings to an explosion–has escalated over several days, leading Israeli Prime Minister Benjamin Netanyahu to ask for police reinforcements in the area.