Bowman, who was heavily backed by the socialist left-wing of the Democratic Party, is currently leading Engel, the longtime chairman of the House Foreign Affairs Committee, by a 61-36 margin (92 percent reporting). The race, in which Engel was pilloried as out-of-touch with his district, echoed Alexandria Ocasio-Cortez's 2018 victory that unseated Rep. Joe Crowley (D., N.Y.), then the House's fourth most powerful Democrat.

With absentee ballots still being counted, the final results are not expected to be tallied until next week.

The race was marked by unforced errors that contributed to Engel's defeat and helped Bowman portray him as a relic who had spent far too long in elected office. As the coronavirus ravaged his district, news reports revealed that Engel had remained in Washington, D.C. The 73-year-old congressman was subsequently caught on a hot microphone requesting to speak at a Bronx event, telling the organizer, "If I didn’t have a primary, I wouldn’t care."

The race also served as a proxy war between the Democratic establishment and progressive insurgents. Bowman won the support of the left flank of the party: He was endorsed by the Justice Democrats and the Working Families Party, which together pledged to pour $500,000 into the race to boost his prospects, and won the support of Sen. Bernie Sanders (Vt.), Sen. Elizabeth Warren (Mass.), and Ocasio-Cortez. Engel had the support of party leadership, including House Speaker Nancy Pelosi, Senate Minority Leader Chuck Schumer, and Hillary Clinton.

Bowman managed to capitalize on events that have consumed the lives of New Yorkers over the past several months, including the coronavirus outbreak and the protests that followed the police killing of George Floyd in Minneapolis, arguing that the twin crises revealed the need for more systemic change.

As outrage over Floyd's death at the hands of Minneapolis police officers spilled into the streets of his district, he narrowed his focus from a grab bag of progressive policy proposals to police reform, sharing his own troubled encounter with the police late in the wake of Floyd's death and joining fellow progressives in their call to defund the police.

Bowman is a self-described socialist who supports progressive projects such as the Green New Deal and Medicare-for-All. "There’s some stigma associated with the word ‘socialism' even though the current capitalist model we have isn’t working for the majority of Americans," Bowman told Jacobin, a socialist magazine, in October. "You want to call me a socialist then call me a socialist."

Bowman is expected to win handily in November given the district's heavily Democratic bent. 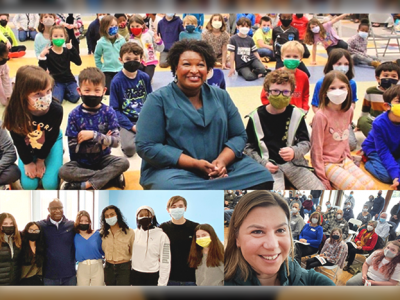