The former South Carolina governor left the administration two years ago as one of a handful of top Trump officials who had managed to criticize the president without provoking a public denunciation from the tweeter-in-chief. Her remarks will reveal whether she can continue to do so.

"President Trump has not always chosen the right words," Haley said at the Republican National Committee's winter meeting taking place on an island off Jacksonville, Fla. "He was wrong with his words in Charlottesville, and I told him so at the time. He was badly wrong with his words yesterday. And it wasn’t just his words. His actions since Election Day will be judged harshly by history."

Haley, who is considered a likely 2024 presidential contender, struck a balance between criticism of the president's actions and a full repudiation of his tenure. Calling Wednesday's violence "un-American," she nonetheless vowed to "defend the achievements of the past four years" and referred to her service in the Trump administration as "the honor of a lifetime."

She went on to praise the administration's approach to foreign policy and the president personally for taking a clear-eyed view of China. "President Trump was our first commander in chief to see China for what it really is—the greatest global threat facing America. He held China accountable for its unfair trade, its theft of our secrets, and its egregious human rights record," she said. "The United States now sees China with open eyes, and we have Donald Trump to thank for that."

Republican losses in both Georgia Senate runoffs and Wednesday's assault on the Capitol have upended the GOP's annual winter meeting, with Trump himself joining by cell phone at one point and some calling for the resignation of party chairwoman and Trump ally Ronna McDaniel.

Haley's remarks follow criticisms from other top Republicans and Trump allies, including Sen. Tom Cotton (R., Ark.), who slammed the president on Wednesday for misleading his own supporters in his claims about the November election, and offer a window into how Trump allies are starting to grapple with a future in which Trump is still present but less powerful. Haley homed in on three issues that have little to do with the man who has dominated the news for the past four years: out-of-control government spending; socialism, which Haley argued has gone "mainstream in America"; and the rise of a so-called woke mob that threatens some of the country's fundamental liberties.

"They’ve demonstrated that they’ll ‘cancel' anyone who gets in their way," Haley said. "They want to shout down and shut up anyone who disagrees with them. They want to take control of the classroom, the boardroom, the media green room, and even the dining room table." 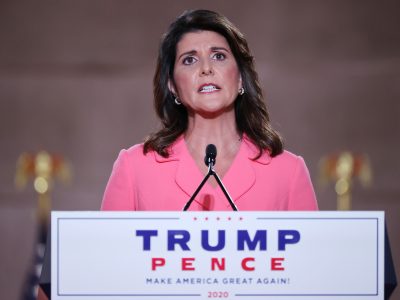 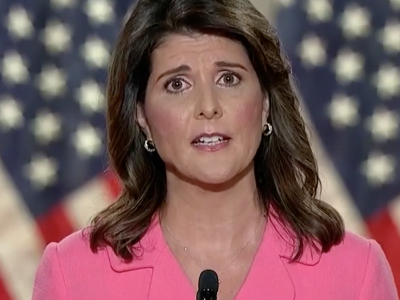 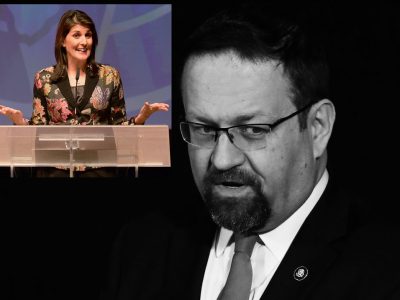