"Break them up and focus on censorship. Google would be a good start," the Peter Thiel acolyte Blake Masters told the Washington Free Beacon.

Masters, 34, announced his candidacy on Monday, making him the fifth GOP contender in what is shaping up to be a crowded field. The tech executive, who was Thiel’s student at Stanford a decade ago, is a political neophyte largely unknown in Republican politics now vying for the chance to unseat Democrat Mark Kelly in what is likely to be one of the most important Senate races of the 2022 cycle. A win over Kelly, also a political newcomer, could be enough to flip the Senate.

Having made his career in Silicon Valley, Masters is well-versed on the political issues posed by Big Tech. He is less confident in the articulation of his views on foreign policy. Asked whether he supports an American reentry into the Obama administration’s Iran deal—and about whether the U.S. should condition aid to Israel, as an increasing number of Democrats believe—he voiced general opposition to the deal and offered to follow up with detailed answers.

Masters is boosted by a $10 million donation from Thiel, and his candidacy is one demonstration of the PayPal cofounder’s attempts to assert political clout. The Ohio Senate candidate J.D. Vance, also a former Thiel employee, received an identical $10 million donation.

In fact, Masters says he and Vance are friends, that he is backing the Hillbilly Elegy author in another crowded Republican primary, and that their political views are similar.

Like Vance, Masters is an advocate for a sort of populist economics that is gaining traction within the Republican Party as it grapples to piece together policy proposals that represent former president Donald Trump’s attitudinal governance. He praises the Biden administration’s Federal Trade Commission chairwoman Lina Khan, a bugbear for many conservatives, for her aggressive approach to antitrust enforcement, and champions a move away from an antitrust doctrine known as the consumer welfare standard first popularized by the conservative legal giant Robert Bork.

"I think you give up in advance if you look at standards from 100 years ago," Masters says, "You’re just tying your hands. That’s what conservatives have done for a long time. You get rigid about the status quo, about a particular orthodoxy, and you fail to update your views based on real-world consequences."

Masters sounds a Trumpian note on globalization, a topic he wrote about critically as Thiel’s co-author in the business bestseller Zero to One. "There’s no free trade with China," he says. "They subsidize their industry, they dump steel. When that happens, we have the right to respond with a tariff."

Masters holds senior positions at Thiel Capital and Thiel’s charitable foundation. But he dismissed concerns about Thiel’s influence on the campaign. "It’s my campaign, it’s not Peter’s campaign," he says, adding that Thiel "sees some promise in me, but he knows I’ll be an independent-minded senator."

Democrats have for years worked to move Arizona into the blue column. Although it was once a red state represented by Republicans John McCain and Jon Kyl, President Joe Biden prevailed over Donald Trump in the state in 2020 by a narrow margin. The state is now represented by two Democratic senators, and Republicans are looking for an opportunity to pick off Kelly, who won a special election last year and will face voters again in 2022.

Masters, a Tucson native, says he is focusing his campaign on immigration, big tech censorship, and what he calls "pro-family policy." He’s an immigration hawk who is calling for a return to the Trump administration’s "Remain in Mexico" policy, which the Biden administration reversed. The rule required asylum seekers to remain in Mexico while their cases were adjudicated in the United States.

"Halting construction of the border wall and practically inviting people to come in had predictably disastrous consequences," Masters says.

Masters will face off against the solar power executive Jim Lamon and Arizona attorney general Mark Brnovich, who is entering the primary on the heels of a Supreme Court victory that vindicated the state’s voting regulations.

J.D. Vance and the American Dream 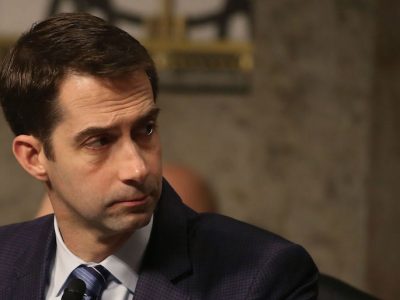 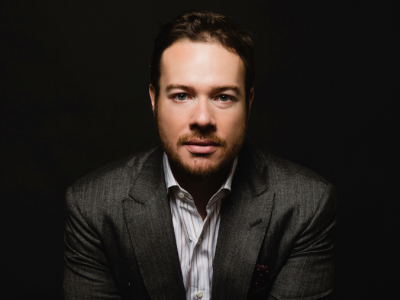 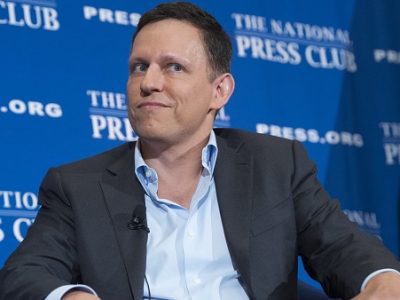