State district judge Brad Urrutia (D.) wrote that Abbott and Speaker of the House Matthew "Dade" Phelan "erroneously interpreted Texas law and legislative rules" by threatening to arrest the Democrats or force them to discharge their duties by confining them in the state capitol. Though a victory for the fugitive lawmakers, the terse three-page order does not guarantee their return.

More than 50 Texas House Democrats fled to Washington, D.C., in July to stop passage of an elections bill they say infringes on voting rights. Their departure left the lower chamber short of a quorum, the number of lawmakers necessary to do official business.

Urrutia’s temporary restraining order is an emergency step in effect for the next 14 days. The decision is appealable, and a spokeswoman for the governor said state lawyers will seek relief from a higher court.

"The ruling by the Travis County judge is contrary to the Texas Constitution and violates the separation of powers between the different branches of government," Abbott spokeswoman Renae Eze said. "We are confident that this overstep will be overturned. Texas Democrats need to stop the charades and get back to work."

After Democrats absconded from Austin, remaining legislators authorized a "call of the House," which seals all entrances and exits from the House chamber and allows departures only when written permission from the speaker is provided, according to the Texas Tribune. A separate motion directed "the sergeant at arms, or officers appointed by him, send for all absentees … under warrant of arrest if necessary." The move was mostly symbolic, since Texas law enforcement does not have jurisdiction in Washington, D.C.

The state legislature is currently sitting in a second special session, which began on Saturday at Abbott’s direction. Lawmakers will have to vote to renew both the call of the House and the detention directive to the sergeant at arms. The Democratic lawsuit means to prevent such a step.

Apart from Sunday’s state court case, the fugitive lawmakers filed a lawsuit in federal court alleging Abbott’s threat violated their civil rights. The suit is thin on particulars and misidentifies Phelan, who is one of the defendants. The lawyer for the Democrats in that case, Craig Washington, is practicing under a probationary license. Apart from allegations of professional misconduct, Washington served two years on probation after he admitted to shooting at two teenagers during a parking confrontation. 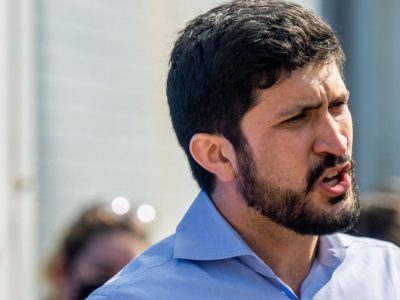