In a Senate hearing last month, Ossoff quizzed Kyle Andeer, Apple's chief compliance officer, on reports that the company had failed to regulate fraudulent iPhone applications available in its app store. Fake app developers have bilked customers out of millions of dollars in subscription fees, according to consumer watchdogs. Ossoff, however, has a stake in Apple that last year was worth between $1 million and $5 million, according to a financial disclosure he filed this week. The investment is Ossoff's largest in a publicly traded company.

"Apple is making a cut on those abusive billing practices, are you not?" Ossoff asked Andeer during the hearing.

Republicans have criticized Ossoff as a "trust fund socialist" who owes his business accomplishments to a massive inheritance from his wealthy grandfather. Ossoff reportedly invested $250,000 of that windfall in Insight TWI, a company that produces investigative documentaries. The investment is now worth between $1 million and $5 million, according to Senate disclosures.

Ossoff did not mention his Apple investments during the antitrust hearing and has not introduced legislation to force tech companies to address fraudulent apps. He has also not divested his Apple shares, which have skyrocketed in recent years.

His shares were worth between $500,000 and $1 million in 2019, according to a filing he submitted that year. Ossoff has not filed any reports disclosing any stock transactions while in office. Senators are required to report any stock transactions within 30 days. It is unclear when Ossoff purchased Apple shares. The company's stock price has soared in recent years, from $37 per share at the beginning of 2019 to $124 on Wednesday.

Andeer pushed back on Ossoff's question during the hearing, saying that the company had invested tens of millions of dollars in rooting out fraudulent apps. He also said Apple refunds customers who submit complaints about fraudulent app activity.

But one developer who has uncovered hundreds of fraudulent apps sold by Apple said Andeer gave incomplete answers to Ossoff's questions.

"They did not offer any explanation for why it's so easy for people like me to keep finding multimillion-dollar scams that have been going on unchecked on the App Store for years. They also gave no clear answer to whether they’re responsible for fraudulent activity in their store," Kosta Eleftheriou told TechCrunch.

"Apple appears to profit from these scams, instead of refunding all associated revenues back to affected users when they belatedly take some of these down," Eleftheriou said.

Ossoff's office did not respond to a request for comment or questions about his Apple investment. 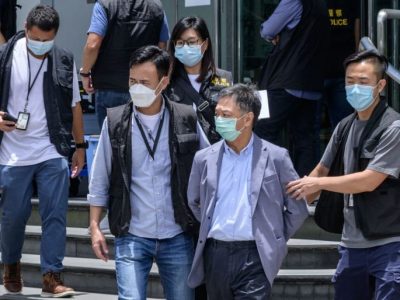