Sen. Mark Kelly (D., Ariz.) swore off corporate PAC contributions, but money from corporations is still finding a way into his campaign coffers.

Kelly, who has called corporate money "one of the biggest problems in our politics today," received $55,500 in contributions last quarter from the PACs of corporate trade groups and the Senate leadership committees of many of his fellow Democrats. The leadership committees have received tens of thousands of dollars from the sort of corporate PACs that Kelly decries. Trade associations like the National Football League and Internet & Television Association also contributed to Kelly's campaign, according to his latest FEC disclosures.

Kelly taking corporate donations through a loophole is the latest example of his inconsistent position on corporate influence in politics. In 2019, Kelly attended a fundraiser hosted by the firm lobbying for Citigroup, Chevron, and ExxonMobil even after he came out against corporate PAC money. Rep. Ruben Gallego (D., Ariz.) criticized Kelly for raking in hundreds of thousands of dollars on the corporate speaking circuit, saying it conflicted with Kelly's self-imposed ban on corporate PAC contributions for his campaign.

The senator, who faces a tough reelection bid in November, introduced a bill with Sen. Jon Ossoff (D., Ga.) last month to ban companies from forming PACs or soliciting money to fund them. "Our legislation would put an end to the corrupt influence of corporate PACs in our political system," Kelly said of the bill.

But while Kelly has not taken cash directly from corporate PACs, he has still benefited from their political contributions. Eleven Democratic senators have given $40,000 to Kelly’s campaign through their leadership PACs. A review of FEC records shows all of the committees took thousands of dollars in corporate PAC money.

Kelly also received contributions from three trade associations serving corporate interests. The Internet & Television Association's PAC gave $5,000 to Kelly's campaign. It is funded by the executives of Comcast, Cox Communications, and Charter Communications, three of the biggest cable and broadband companies in the country.

The NFL's political action committee, Gridiron PAC, gave $2,500 to Kelly’s campaign. The white-shoe law firm K&L Gates gave $1,000 to Kelly. Kelly took another $5,000 from the PAC for the Real Estate Roundtable, a trade group representing the country's biggest real estate developers. The PAC for the Association for Accessible Medicine, a trade group representing generic drug makers, gave another $2,000 to Kelly.

Kelly's campaign did not respond to questions about the loophole donations and whether he would refund them. 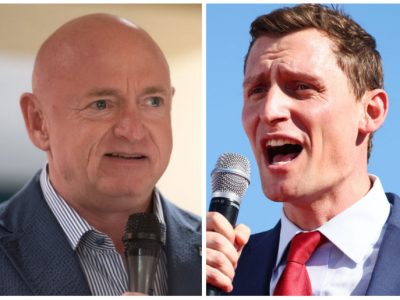