I wish I could say I liked Alexander Hamilton before it was cool. The truth is that I rode the same wave of resurgent popularity that has now given audiences the most creative, compelling, original telling of America’s founding in pop culture memory.

I say pop culture, not high culture, since Hamilton, the hip-hop musical that has taken Broadway by storm since opening in July, is at once a masterpiece of musical theater and a highly entertaining, accessible telling of America’s founding.

It tells that story through the life of the unsung hero of the founding generation. "His enemies destroyed his rep, America forgot him," the opening tune laments. Hamilton is at core a rehabilitation project. "Who will tell my story when I’m gone?" wonders Hamilton vicariously through his wife Eliza, his rival Thomas Jefferson, and his mentor George Washington, who end the show on that question. The implicit answer: we all do, every day, living in the nation that the play’s "bastard orphan son of a whore" envisioned, shaped, and preserved for posterity.

Even Jefferson, marvelously adorned throughout the show in frilly lace and a velvet getup befitting his effeminate Francophilia, is forced to admit that he couldn’t undo Hamilton’s legacy, "and believe me I tried."

Hamilton is the brainchild of Lin-Manuel Miranda, a 35-year-old Harlem native of Puerto Rican descent. He also stars in the title role, though on the day I saw the show that was played by understudy Javier Muñoz, who was spectacular.

What fascinates Miranda are not the finer points of Hamilton’s 1791 Report on the Subject of Manufactures or his views on human nature and the origins of government. He is interested in Hamilton the man, and how someone of such humble origins lifted himself from abject poverty and hopelessness to (arguably) the most powerful office of the most novel political project in history.

"This is Biggie, this is Tupac … this is hip-hop!’" Miranda said of Hamilton’s life and legacy in a 2009 interview with Playbill. The ambitious outsider made a name for himself with his pen, "caught beef with every other founding father," and was shot down in his prime by a jealous rival.

The story of Hamilton is based in large part on the seminal 2005 biography by Ron Chernow, who also consulted on the show. The book deserves credit for igniting Hamilton’s revival in the eyes of both historians and laymen interested in the founding era.

"Something about it just grabbed me," Miranda told Playbill. "I picked up the book thinking maybe I’ll get a funny song out of it—some jokey-rap thing about the Hamilton/Burr duel. But as I read it, I realized Hamilton’s whole life was about the power of words and wouldn’t it be great to hear a hip-hop album about how we created this country?"

In late 2009, a video of Miranda’s performance at the White House Poetry Jam went viral. He performed what would become the opening song of the show, a hip-hop number in the voice of Aaron Burr ("I’m the damn fool who shot him").

The song is "about the life of someone who I think embodies hip hop," he told the crowd, which included the president and the first lady. "You laugh, but it’s true," he said. No one who experiences the 150 minutes of hip hop, R&B, jazz, dance, tragedy, comedy, and heartfelt storytelling of Miranda’s new show could disagree.

In 2008, I was a junior at Hamilton College, founded by its namesake as the Hamilton-Oneida Academy in 1793 as an institution devoted to educating the area’s Native American and white settler population in the liberal arts. A government professor assigned me Chernow’s biography. A budding Jeffersonian during the height of Ron Paul’s campus popularity, I was skeptical of what the incorrigible masses of online libertarians had repeatedly told me were the monarchist fantasies of America’s original big government statist. Chernow’s biography immediately and enduringly changed my views of the American founding, its participants, and its political legacy.

But the book, like the man, is greater than politics or institutions. Charismatic, brilliant, ambitious to a fault, and ever-mindful of slights against his honor and reputation, Hamilton in Chernow’s is first and foremost a man—flawed as all are, defined by his background, at the mercy of his emotions, and determined to use the half-century he was given on this Earth to forever change the trajectory of mankind.

"I’m not throwing away my shot," the show’s protagonist repeatedly insists.

Miranda sees the same human qualities in Hamilton. "In so many ways, the people we call the Founding Fathers are these mythic figures—but they were people. I think the casting of the show humanizes them, in a way, because they're not these distant marble creatures," he told Rolling Stone.

Miranda is referring to the fact that virtually all of the show’s main characters were white, but are played by men and women who are not. "This is what our country looks like, and the audience accepts it," Miranda said.

But far from simply accepting it, the audience immediately embraces the distinctly American feel that it brings to the show. The show feels true to the principles of America’s founding. It expresses the universality of the ideas at play in 1776 or 1789 or 1804 without conceding anything to politically correct notions of modern identity politics.

That is not to suggest that slavery escapes scrutiny in the show. "Every day while slaves were being slaughtered and carted away across the waves, young Hamilton kept his guard up," hails the show’s opening number. Hamilton was a strident abolitionist who founded the New York Manumission Society, though like others of his mind he set aside his views during the Constitutional Convention, recognizing the political realities of getting the southern states on board with a new national government.

The slavery question is tackled in the show primarily through Hamilton’s interactions with Jefferson, played by Daveed Diggs as a smooth-talking aristocrat. "He’s morally on the right side of history," Miranda says of Hamilton, "in contrast to Washington, and in contrast to Jefferson. When we meet Jefferson in the play, people are scrubbing his floors. You have to hit it and you have to hit it early and often, because this was a part of their world."

The show focuses on people first, so it is perhaps expected—more so given that the play was shortened when adapted for Broadway—that it would devote less time than American history buffs might like to the great ideological battles between Jefferson and Hamilton. But that is not to say they are ignored: some of the most entertaining scenes of the show are the cabinet meetings of the early Washington administration, where Hamilton and Jefferson grab the mic and spit brutal rhymes about each other’s political platforms.

You have not fully experienced American history, I’ve discovered, until you’ve seen a black Thomas Jefferson and a Latino Alexander Hamilton in a rap battle over the merits of federal debt consolidation. I am completely serious.

Hamilton’s feud with Jefferson defined his life, but his feud with Burr ended it. Audiences might be surprised then at Burr’s portrayal in the show. He is not quite a villain. Indeed, he and Hamilton sing a duet towards the end of the show pledging to gift to their infant sons the nation that they’d helped to create—even if one played a significantly larger role than the other in its actual creation.

The irony of Hamilton’s untimely death is that, like the hip-hop stars to whom Miranda compares him, the 1804 duel with Burr may have cemented his legendary status in the American mind. His political career was flagging at the time. His Federalists had just been trounced by Burr’s Democrat-Republicans in elections in New York. He was increasingly a political pariah and sensed that prospects in public life were quickly fading.

But like Tupac, gunned down just months after the release of his seminal All Eyez on Me, Hamilton never got the chance to fall from grace. His death catapulted him back into the hearts and minds of early 19th century America. Burr became the pariah. Hamilton’s legacy was not just intact but cemented.

At least at the time—subsequent decades saw the rise of populist sentiment anathema to Hamilton’s vision of a commercial empire. Until recently, Americans often didn’t consider him on the same historical level as the other intellectual giants of the revolution and its aftermath.

Chernow’s biography has helped to change that, and Miranda’s masterpiece will further propel Hamilton to his rightful place alongside the other titans of the American founding.

It also happens to occur as Treasury Department plots to snub the man who not only led that agency but, for all intents and purposes, created the American financial system. Treasury Secretary Jack Lew’s decision to replace Hamilton as the face of the country’s $10 note is a travesty that hasn’t escaped Miranda’s notice.

"To me, the show makes the case pretty well for Hamilton staying on the money," he told MSNBC host Chris Hayes. "I don't need to belabor the point."

Miranda is holding back here. No one who’s seen his show will be so reserved. 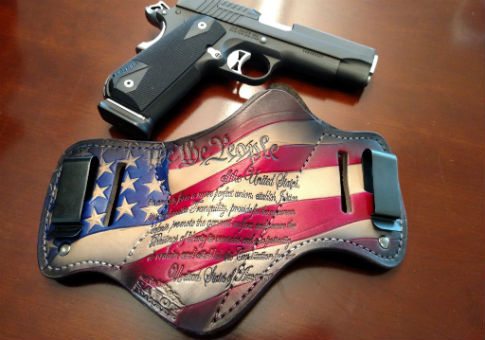 The Most American Holster Money Can Buy 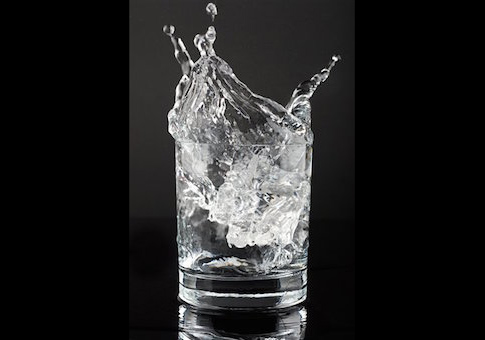