A stunning Oscar night gaffe created one of the most surprising moments in live television history on Sunday after the wrong Best Picture winner was initially announced.

The popular musical La La Land was initially named the year's Best Picture at the 2017 Academy Awards, but it turned out presenters Faye Dunaway and Warren Beatty were reading the card showing Emma Stone the winner of Best Actress for La La Land.

The actual winner for Best Picture was the critically acclaimed drama Moonlight.

After some commotion on stage in an attempt to correct the mistake, La La Land producer Jordan Horowitz took the microphone to explain the error and declare Moonlight the true winner, drawing surprised reactions and then applause from the audience.

Celine Dion seemed a worthy choice to provide vocal back-ups for the moment. 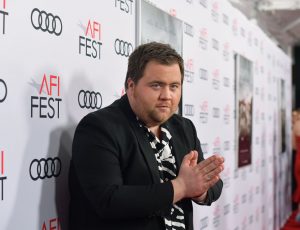