Lululemon, an athleisure clothing company known for selling astronomically priced workout and lounge gear, invited its followers on social media to learn how to "resist capitalism." 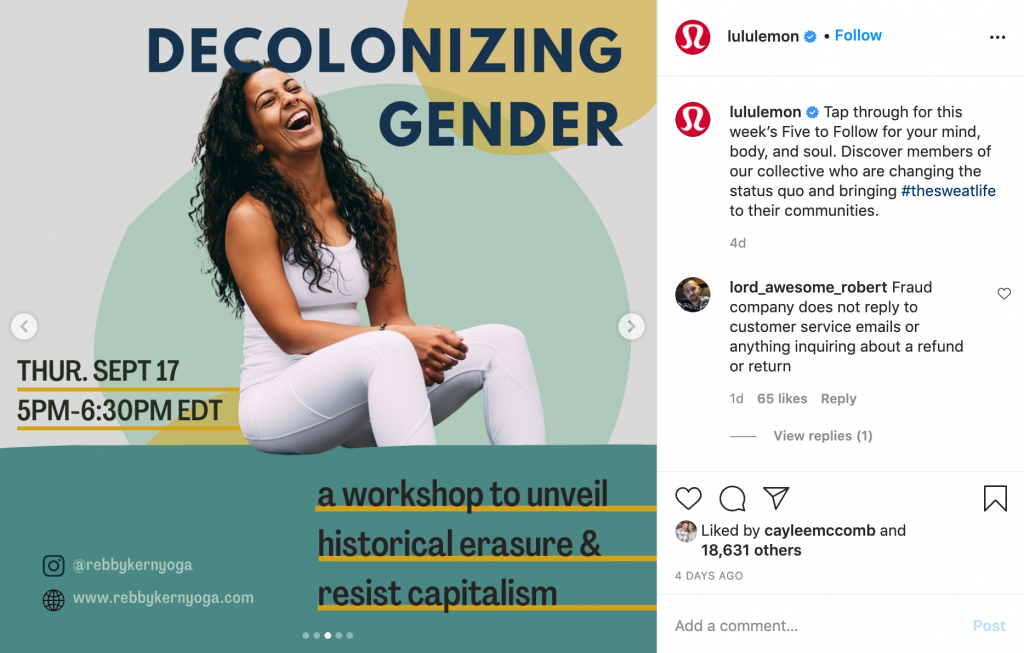 Lululemon’s sales have soared during the coronavirus pandemic, as workers have been forced to swap the cubicle for the couch and pencil skirts and ties for leggings and hoodies. The price of the company's market shares is up 51 percent and online sales are up 157 percent since the start of the pandemic. The company made $902.9 million in revenue during the second quarter—exceeding sales expectations and marking a 2 percent jump from the company’s 2019 second-quarter revenues.

Though the company now strives to appease its social justice warrior clientele, Lululemon’s history is marred by allegations of anti-woke folly. Lululemon’s founder, Canadian billionaire Chip Wilson, resigned from the company’s board in 2013 after a series of controversial comments surfaced. He once said Lululemon's signature black leggings were not made for women "without a thigh gap" and that the company could not afford to make leggings for plus-size women. Wilson also allegedly chose the company’s name to mock the Japanese pronunciation of the letter "L."

Wilson’s resignation was only the beginning of a series of allegations and controversies raised against the clothing giant. Some have compared working for the company to belonging to a cult. And an article in the Guardian from last October reported that some women in Bangladeshi factories making the company’s $100-plus leggings alleged that they were beaten by management.