Barber Pans Christie’s NBC Appearance: ‘A Little Too Unserious for a Presidential Candidate’

Christie and host Jimmy Fallon performed an array of corny "Dad" dances and also alluded to a successful run for president against Hillary Clinton during the routine, which Barber said was a mistake, joking she didn't want to come off as "grumpy."

"That is going to be every gif and every campaign attack ad," she said. "I would want to pop that in and be like, ‘Have you seen him do the belt grabber?' It was terrible. It was kind of cringe-worthy, and I do think there's a fine line between lighthearted and seeming unserious … A little too unserious for a presidential candidate."

Barber also wrote about the skit in her "Must Read of the Day" Friday:

Sorry to be an old curmudgeon, but I really don’t want a potential president on video doing this dance. It weirds me out, and I can’t stop replaying my mental gif of the "belt grabber" and the "back it up."

That person is not the one I want deciding whether or not we go to war.

Yes, Michelle Obama did the "mom version" of this dance, but she’s not a potential presidential candidate. She can get away with this stuff and it seems lighthearted and charming (also, I think it’s obvious she has slightly more rhythm than Christie). It’s unbecoming of someone who wants to be taken seriously as a presidential contender—so actually, I’m not sorry to be an old curmudgeon on this. This dance was a terrible, unfunny idea and Christie looked like an idiot all two minutes and thirty-three seconds. 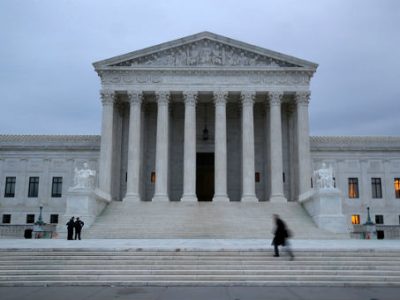