Editor in chief Jeffrey Goldberg: ‘Jemele, I believe, will make all sorts of useful trouble’

Sports writer and former "SportsCenter" co-host Jemele Hill has been hired by The Atlantic to write about sports and cultural issues.

ESPN gave Hill a contract buyout worth $5 million this summer, and she has now inked a deal to write for The Atlantic magazine and website, according to The Hollywood Reporter. Hill left the Disney-owned sports network after 12 years in which she wrote, hosted or appeared on various shows, including a disappointing stint as co-host of the 6 p.m. "SportsCenter."

The show’s ratings suffered as Hill and co-anchor Michael Smith tried to focus on cultural topics outside of sports, and last year Hill created a firestorm by accusing President Donald Trump of white supremacy. The Atlantic editor in chief Jeffrey Goldberg said he considers her desire to write about the "intersection" of sports with hot-button cultural issues to be a strength.

The announcement comes months after Goldberg was pressured into firing conservative writer Kevin D. Williamson, whose past criticism of abortion led to a campaign against his hiring. But Goldberg praised Hill’s capacity to "make all sorts of useful trouble."

Hill herself said she wants a "wider playground" to fulfill her calling as a writer.

"There’s a wider playground that I can dabble in, and places where the discomfort is okay," Hill said. "I wasn’t going to be able to be happy with myself if I didn’t adhere to this calling that’s beckoning me right now."

Hill had success as a commentator but her priorities turned off ESPN’s traditional viewer base when she was called up to lead "SportsCenter." Ratings went down, and Disney signaled it wanted to move back away from politics at a time when cable networks are struggling to maintain viewership in the face of cord-cutting.

Hill said the idea that she and others at ESPN brought too much politics into the picture was a "dumb narrative" but acknowledged she has been at the center of controversy.

"Looking at it from their viewpoint, of course, it would be easier not having me around," Hill said. "I don’t even take it personally. But the truth of the matter is that part of the reason they have been swimming endlessly in this narrative that they’re too political is because of me."

"It’s a dumb narrative, and I knew that my presence contributed to it," Hill added. "And so while I think they would have been completely fine with me continuing to be there, and they made that known, there was a part of me that understood that if I wasn’t there it would be perceived as a win for them."

Jimmy Pitaro became president of ESPN in March and began moving the network away from politically charged topics, with the apparent blessing of Disney CEO Bob Iger.

"Jimmy felt that the pendulum may have swung a little bit too far away from the field. And I happen to believe he was right," Iger told The Hollywood Reporter.

ESPN has lost more than 12 million household subscriptions in recent years, leading to layoffs and restructuring.

Goldberg said The Atlantic is a more intersectional outlet because it is willing to be in that "dangerous corner" with writers such as Hill.

"Put it this way, my journalistic interests are somewhat different than Disney’s," Goldberg says. "Let me be diplomatic. I’m not sure that, as a consumer of ESPN products, I’m not sure that ESPN is particularly interested, especially in television, in standing at the intersection of sports and culture and race and gender and politics. It can be a pretty dangerous corner for some people. But that’s exactly the intersection that I want to be at."

Published under: ESPN, Sports, The Atlantic 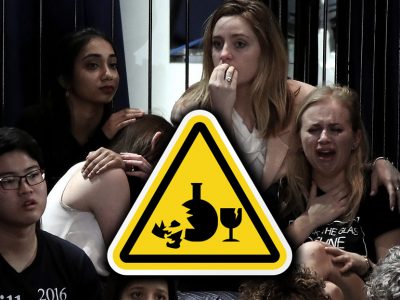 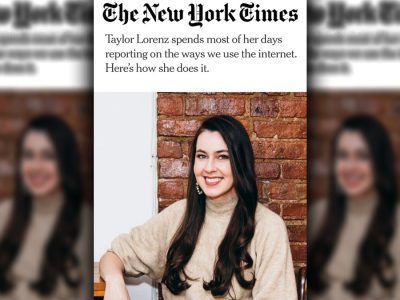