An Oregon woman airing allegations against the People of Praise, a Christian charismatic group to which Supreme Court nominee Amy Coney Barrett is connected, has a track record of hyper-partisan online posting, farfetched lawsuits, and fantastic grievance peddling that casts doubt on her credibility.

In the days following the late Justice Ruth Bader Ginsburg's death, Coral Anika Theill's lurid descriptions of life in the group's Corvallis, Ore., branch appeared in Reuters, Politico, the Washington Post, and Newsweek, among other publications. A review of Theill's writings, litigation history, and social media footprint shows that Theill has accused her own children, her parents, her therapists, and her attorneys of abuse and neglect, while waging a quixotic legal crusade against them since the late 1990s. Her ex-husband, Vaughn Martin Warner, obtained a defamation judgment against her in 2014.

Theill's quick and unscrutinized emergence continues a trend of bungled coverage of Barrett's religious practices by Democrats and parts of the establishment press. Her ascendance mirrors that of Tara Reade and Julie Swetnick, whose allegations against Joe Biden and Brett Kavanaugh, respectively, enjoyed a wide hearing in the media before complicating evidence materialized.

Personal blog posts and Theill's memoir liken life within the People of Praise to Margaret Atwood's novel The Handmaid's Tale. Among other charges, Theill says members of the community shunned her socially, made her sit on the floor during group meetings, and closely observed how she spent her time. Theill writes that she and her husband joined the Corvallis, Ore., branch of the People of Praise in 1979, but that chapter was not established until 1982, according to a spokesman for the group.

"Neither the men nor women leaders in the People of Praise Corvallis branch are aware that there were ever any allegations of physical or mental abuse concerning Ms. Theill and her husband at the time," People of Praise spokesman Sean Connolly told the Washington Free Beacon. "Her charges of the mistreatment of women, insularity, lack of privacy and shunning are contradictory to our beliefs and our practices as a community."

Theill's memoir BONSHEÁ: Making Light of the Dark casts her 20-year marriage as an unending conflict against a revolving set of religious antagonists. She describes an unhappy home life with a domineering and sexually needy husband whom she accuses of regular physical and psychological abuse. She also accuses her children of complicity in her ex-husband's alleged predations. By Theill's telling, her husband asked their older children to surveil her and report on supposed infractions, giving them "more and more authority over my life."

Her twin daughters are a special target of resentment. She castigates her daughters for severing their relationship with her, writing that they chose to "support predators and dismiss victims." A review of the memoir and social media indicates Theill is estranged from all eight of her children. 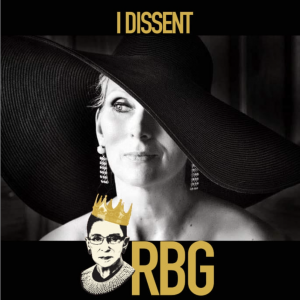 Similarly, Theill claims her own attorneys conspired against her when she sued Warner for divorce in 1995. She accuses successive lawyers of berating her and engaging in predatory billing practices, and she laments that she was "ridiculed and tormented in court" by counsel for both sides and the presiding judge. Warner was ultimately awarded custody of their children.

Citing those experiences, Theill filed a lawsuit in 2017 in federal court that accused numerous state officers, private attorneys, and physicians of discrimination and misconduct. She acted as her own attorney and sought $15 million in damages. The case was dismissed in January 2018.

"The State Courts and State of Oregon should restore Ms. Theill's good name and offer Ms. Theill an apology for the harm and wrongful removal of her children since the children have aged out and been brainwashed to reject their mother," the lawsuit reads.

She likewise sued her former therapist, Dr. Charles Kuttner, for professional negligence in August 2004, seeking $530,000. The case was dismissed in February 2005, though the Free Beacon was unable to obtain underlying court documents before press time.

Legal outcomes were also bad for Theill when she was a defendant. Warner, her ex-husband, prevailed in a 2013 defamation lawsuit against Theill and an associate who runs an alternative news site called Salem-News.com. Docket entries indicate that Warner obtained an $11,000 judgment after an arbitration process, but filings from the case were not immediately available.

The memoir elsewhere recounts a sorrowful childhood featuring an unbalanced and fanatically religious mother, Carolyn Hall. Theill writes that Hall "was a cross between the Mommy Dearest and Carrie movie." In one representative allegation, Theill said Hall liked to throw Bibles at her while she slept. Her mother is archetypal for almost every other religious individual mentioned in the book.

The Catholic Church in particular is a frequent foil. Theill faults Catholics for "decadent displays of opulent excesses" in liturgy and accuses the Church of burning millions of women as witches during the Middle Ages.

Those statements track Theill's social media footprint. In three September Facebook posts, she styled evangelical Christians "the American Taliban," compared Judge Barrett to a witch doctor, and mocked a Trump supporter who died of the coronavirus, calling him a "#covidiot." She also attacked the president himself, comparing him and his supporters to the Nazi regime and Jim Jones's Peoples Temple cult.

Theill did not respond to the Free Beacon‘s request for comment. Counsel for Warner declined to comment.