Deficit Politics Is Back

Disagreements simmer in Congress over looming surge in debt

A dispute among Republican lawmakers is brewing as government spending to combat the coronavirus pandemic has once again raised the long-dormant specter of trillion-dollar deficits.

Recent reports projecting the federal budget deficit will swell to nearly $4 trillion this year have left some, including Senate Majority Leader Mitch McConnell (R., Ky.), wary of dropping more cash indiscriminately on the crisis. But others, including President Donald Trump, have signaled a thirst for more borrowing, especially as global demand for safe-haven assets has driven interest rates on U.S. debt near zero.

Renewed fears of a debt larger than the whole economy are likely to be front and center as Congress reconvenes next week to weigh more stimulus spending. While all parties agree that appropriations thus far were necessary, the GOP's debt-hawk wing may soon rear its head—making the deficit a central issue for the first time since Trump took office.

That cadre had appeared defunct, at least since a Republican took the White House and former speaker of the House Paul Ryan departed. Deficits were already slated to swell in 2020, pushing $1 trillion thanks to tax cuts and spending hikes boosted by a president eager for economic growth and signed on to by both sides of the aisle.

Deficit hawks, then, may not find the same support they did in the wake of the last recession. Rather, experts tell the Washington Free Beacon, the real fight even among Republicans is between those who fear what happens if we spend too much, and a growing faction, inspired by the Great Recession, who are afraid of what happens if we don't spend enough. 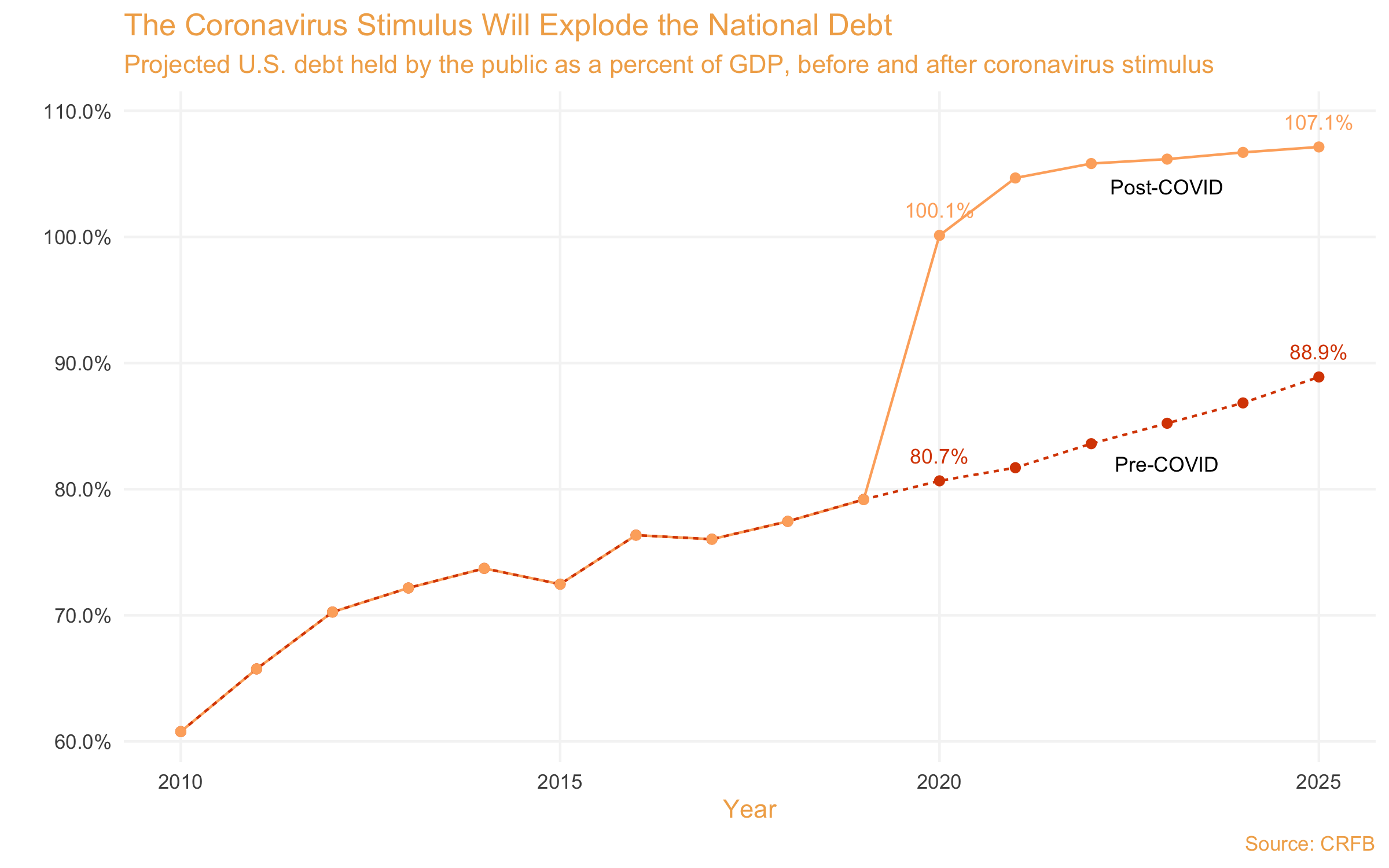 That, in turn, entails running up large bills. The Committee for a Responsible Federal Budget, a nonpartisan think tank, has projected the deficit will exceed $3.8 trillion this year, three-quarters of which is caused by the crisis. That translates, CRFB senior policy director Marc Goldwein told the Free Beacon, into 15 to 20 percent of GDP, a deficit "unheard of outside of World War II."

Goldwein emphasized that the current catastrophe made those appropriations "an appropriate use of borrowing"—a view with which even longstanding Republican deficit hawks have agreed.

Their appetite for unlimited spending, however, appears to be waning. McConnell in a recent radio appearance noted, "We haven't had much discussion about adding $2.7 trillion to the national debt, and the way that could indeed also threaten the future of the country."

Sen. Pat Toomey (R., Pa.), long seen as a leading budget hawk, told the Free Beacon that he "supported [coronavirus] funding because it was the right thing to do at the time in order to prevent a disaster." But, Toomey added, there are real risks that come with a high deficit and debt—chief among them is higher interest rates and spiraling inflation, which can emerge from unchecked spending.

"We should be careful," Toomey said. "Before moving to the next phase, we ought to see what's working and what our needs really are. The first four phases of funding will have a tremendous impact, but government spending can never be a substitute for a functioning economy."

While Toomey recommends caution, others are gung-ho for more borrowing. The ink on the most recent stimulus had barely dried when Trump called for an added $2 trillion in debt-funded infrastructure, citing historically low interest rates.

Trump is not alone. Jerome Powell, chairman of the Federal Reserve, has committed to aggressively purchasing government debt through the crisis and privately pressured lawmakers to be equally aggressive. Sen. Josh Hawley (R., Mo.) has floated a stimulus plan that would see the government picking up most of America's payrolls, a proposal that would likely dwarf many of the appropriations made by Congress so far.

The support for more deficit spending—from the White House, members of Congress, and a Republican-appointed Fed chair—represents a surprising departure from the last major financial crisis. During the Great Recession, Republicans largely opposed then-president Barack Obama's stimulus plan, in part due to concerns over spending hikes they saw as wasteful and driving up the debt. Criticism of unsustainable federal debt was also a hallmark of the Tea Party movement, which reshaped Congress in the 2010 elections.

By contrast, Goldwein said "there's less caution all around" during the coronavirus crisis—"a lot of the fiscal hawks in both parties are gone." Instead, many lawmakers were both eager to spend during good times—Goldwein notes that Trump signed both Republican tax cuts and bipartisan spending increases—and took away from the Great Recession a sense that the government can do much more to fight crises than previously thought.

Karl Smith, vice president of federal tax and economic policy at the right-leaning Tax Foundation, echoed Goldwein's analysis of the Great Recession. He noted that many deficit fears were formed in the 1980s when high global growth made the risks of borrowing much higher. During the Great Recession, by contrast, an aging population and global economy kept interest rates low, allowing the government to take on a level of debt similar to the deficits incurred during the current crisis (albeit over a longer time period) without facing rising interest rates or inflation. That changed some economists' thinking—and explains why some lawmakers, especially younger ones like Hawley, might be more open to aggressive spending in a crisis.

Smith emphasized that while fiscal responsibility matters, without a growing economy the United States may be unable to tackle even its pre-coronavirus debt load.

"Even if your concern is a more philosophical concern about putting more burden on the future, where you're going to get more bang for your buck is solving the economic crisis we have right now," Smith said. "That will create a stronger economy that's more able to pay back the debt. If the economy is weak, if we have an ongoing public health crisis, even maintaining the debt that we had before is going to be more difficult."

Goldwein agreed that the government should not take its foot off the fiscal gas prematurely. He emphasized, however, that sustained high levels of borrowing come with risks—higher government interest costs, lower investment, and less growth among them.

"Borrowing is necessary right now. It's stopping us from being in a depression," Goldwein said. "But it's not free, it's not costless." 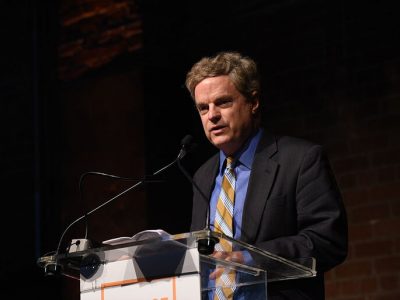