Column: Why Democrats should be worried

"This shouldn’t be close, but it’s close," President Obama told the audience at a fundraiser this week in New York. "The presidential race, we should win. But Donald Trump got the nomination, so weird stuff happens."

How weird? The president’s approval rating is at 51 percent, unemployment is at 4.9 percent, incomes rose in 2015, Democrats lead the generic ballot, and the Republican presidential nominee is historically unpopular. Yet Donald Trump is closing in on Hillary Clinton, narrowing her lead to two points in the Real Clear Politics average. The battleground states are tight as well.

The odds favor Clinton. But the fact that she is not running away with the election in the final weeks should worry Democrats. At the very least it should inspire them, and Republican opponents of Trump, to ask why she is underperforming. Here are some theories.

Hillary Is a Terrible Candidate 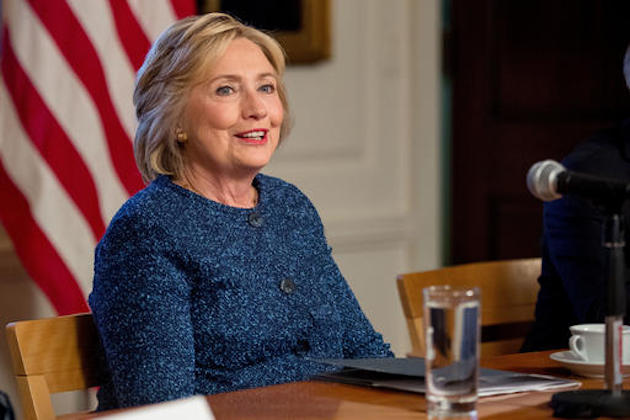 Clinton’s problems are legion. Ask yourself what her message is. Stronger together? Please. That’s not a reason to elect her president. It’s not even true. Sometimes we’re better off alone.

She’s unpopular and distrusted. Until recent days she has benefited from being less disliked than Trump. That is changing, however. The bump in favorability she experienced after her successful convention is eroding.

Her medical episode on 9/11 makes things worse. The trouble is not that she’s ill. It’s that she’s a liar. The muddled stories of what happened at Ground Zero—allergies, dehydration, pneumonia—combined with the visual evidence reinforce the Clinton stigma of opacity and deception. Another coughing fit or stumble won’t just call into question her physical condition but will remind the public that it desperately wishes it had another choice for president.

The demographics that Democrats believe guarantee victory are not saving Clinton. NBC News reports that "Clinton is underperforming among key parts of the Obama coalition: Latinos and young voters." NBC points to Nevada where Clinton’s lead among Hispanics is shallower than Obama’s four years ago. This lack of enthusiasm opens a space for Trump supporters, leading to close races in Nevada, Florida, Ohio, and Iowa. Obama inspired a country. Clinton inspires revulsion.

Trump Is Getting His Act Together 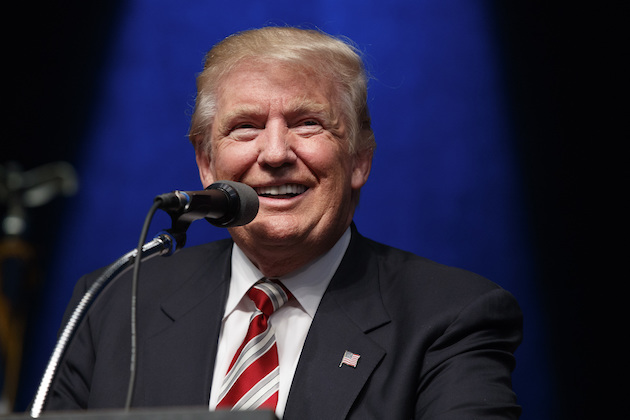 One of the most extraordinary developments of the campaign has been Trump’s recent performance. Since replacing his campaign team in mid-August, a candidate known for making unforced errors has committed hardly any. He’s taken on the semblance of the presidency, visiting flood victims in Louisiana, minority communities in Michigan and Ohio, the president of Mexico. Remarkably he has stuck to script. He has not attacked the parents of a fallen warrior, hasn’t said ethnicity prevents a judge from ruling impartially, hasn’t even insulted a woman’s appearance.

I understand that’s a low bar. What matters in politics, though, isn’t where the bar is set. It’s whether the candidate steps over it.

The law of averages says that one of these days Trump will trip up. His authentic self will be revealed, distracting the media from Clinton and sending his campaign into defense. Yet Trump has an incentive to follow the path he is on. He cannot help noticing that his numbers have improved as he has listened to Kellyanne Conway, Steve Bannon, and Roger Ailes.

This creates a positive feedback loop. Trump loves nothing more than touting polls. And Trump’s braggadocio is self-reinforcing. There is a bandwagon effect where Trump’s discussion of winning encourages more voters to help him win. It worked in the primaries. Might it work for him now? 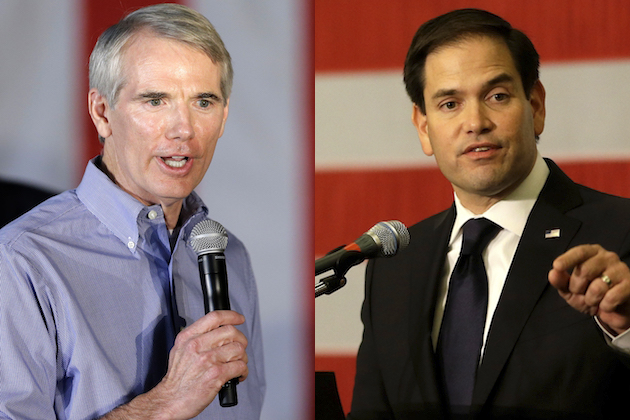 Trump’s campaign does not extend past Fifth Avenue and Fifty-Sixth Street and the RNC headquarters in Washington. But he might not need it to.

Why? Because the two weeks since Labor Day have been good not only for Trump but also for congressional Republicans. Democrats are likely to pick up seats but not control the House. Meanwhile Senate Democrats have all but conceded Ohio. Marco Rubio is ahead in Florida. Pennsylvania is a jump ball. Republican Joe Heck has a slight lead in Nevada. Limiting Republican losses to Wisconsin, Illinois, and one or two other contests would be an incredible feat, maintain a slight GOP majority, and provide Trump the "ground game" he lacks.

The Poles of Global Politics Have Reversed 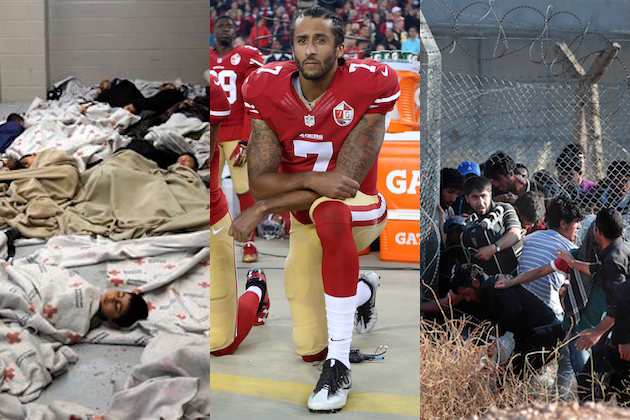 For decades, politics has been divided over the question of the size of government. Liberals expand government to alleviate inequalities. Conservatives empower markets to preserve freedom. The consensus was for a Goldilocks state: neither Leviathan in scope nor small enough to deprive citizens of entitlements.

So Bill Clinton said the era of big government was over. George W. Bush promised compassionate conservatism. Barack Obama faced resistance when he sought to put America on a "new foundation."

In 2014 something changed. My thesis is that the child migration on our southern border and President Obama’s expansion of his executive amnesty to the relatives of minors brought here illegally—despite his repeated insistence that he lacked any such authority—reversed the poles of American politics.

No longer are our debates about government. They are about the nation. Do we have one? What are its interests? Who benefits from it?

This political pole reversal, like its magnetic counterpart, is incredibly disruptive. Both parties experienced populist insurgencies. Neither nominee invokes the Constitution or limited government. The fiercest supporters of Trump are voters who feel abandoned or harmed or scared by the demographic and socioeconomic transformation of America. "The rise of Trumpism in the past year," writes George H. Nash in The New Criterion, "has laid bare a potentially dangerous chasm in American politics: not so much between the traditional left and right but rather (as someone has put it) between those above and those below on the socio-economic scale."

Donald Trump has benefited from this reversal more than anyone else. He understood its implications. He seized its opportunities. His Republican opponents played by the old rules. He had no rules and he won. Clinton? She hasn’t learned the lesson. As Joshua Mitchell of Georgetown University puts it:

On each of these issues—borders, immigration, national interest, the spirit of entrepreneurship, federalism, and PC speech—Hillary Clinton responds with ‘globalization-and-identity-politics-SPEAK,’ the language that has given us a world that is now exhausted, stale, and unredeemable. It is against this sort of world that citizens are revolting.

Be cautious, however. It remains unlikely the revolt will succeed. Eight weeks is a long time. Trump screws things up.

Yet he is also picking up speed exactly when it matters. How will Clinton slow him down? The debates? Everyone expects her to do well. Expectations for Trump are so low that he may "win" just by confounding them. More advertising? She’s already spent $100 million and her lead is dissipating. Investigating the Trump Foundation? The double standard is obvious.

Liberals are showing signs of panic. They’re saying the New York Times is biased for Trump (!), calling at least half his voters racist, urging Clinton to "talk about herself," debating poll samples, announcing a "national emergency." They are right to be alarmed. It was only in the last week that the nation’s capital began to understand it could wake up the morning of January 21, 2017, to unified Republican government under President Donald J. Trump.