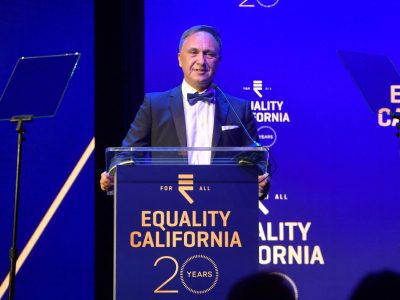 The Nebraska Department of Education (NDE) shut out religious groups from a controversial curriculum development process, according to internal documents obtained by the Washington Free Beacon.

The original draft of the agency's sex education standards included plans to teach elementary school students about gender identity and transgender hormone therapy. Internal emails obtained by a concerned parent show the NDE added a Planned Parenthood ally to the 28-member advisory team for the standards, while it excluded input from religious education groups. The documents show NDE employees were privately aggravated that Jeremy Ekeler, the associate director of education policy at the Nebraska Catholic Conference, wanted to be included in the curriculum process because they suspected he would be critical of their approach.

"Jeremy is coming on pretty strong," one NDE employee emailed with a frowning face symbol.

"I know. I really think they want to advocate for abstinence only education as well as gender identity, sexual orientation, etc.; but that is only my assumption," another employee responded.

Ekeler, a former principal at a Nebraska Catholic school, was able to schedule a Zoom meeting with the NDE after inquiring three times about the development process. Ekeler said the NDE told him in August 2020 that the advisory team was already full—a claim he said in hindsight feels like a cop-out.

"To know that a tax-funded state entity boxed out the beliefs of such a huge portion of our population is sadly ironic," Ekeler told the Free Beacon. "The NDE has preached inclusion and diversity through this whole thing and then they excluded anybody who doesn't fit with their agenda."

Ekeler vouched for three Catholic experts with relevant experience to be on the advisory team, which the NDE told him was handpicked with no formal application process. Two told the Free Beacon the NDE never reached out. The third did not respond. Planned Parenthood activists, however, had no trouble getting access to policymakers.

Internal emails show that Deborah Neary, a state board of education member, pressured the NDE to include Lisa Schulze, a Friends of Planned Parenthood board member and former Planned Parenthood employee, in the curriculum draft process. "I am very disappointed that none of the folks that I recommended to participate in the Nebraska Department of Education Standard Writing Team were selected," Neary said in an email. Schulze and two other activists—the executive director of OutNebraska and a local professor dedicated to the "intersection of sexuality and social justice"—requested by Neary were eventually added to the advisory team, which provided feedback on the standards to the writing team.

The NDE did not respond to questions on how it selected the advisory team. The agency has denied any influence from activists in drawing up the standards.

The first draft of the health standards, published in March, detailed a curriculum to teach gender identity in first grade, transgender hormone therapy in fifth grade, oral and anal sex in seventh grade, and abortion in eighth grade. Fr. Sean Kilcawley is a Nebraska priest who is certified as a Pastoral Sexual Addiction Practitioner Supervisor. Ekeler recommended him to be on the standards advisory team, but Kilcawley never heard from the NDE. Kilcawley said the radical nature of the sex education standards can be attributed at least in part to the fact that there was no Christian representation in the drafting process.

"Young people are going to be googling the content they are learning in class," he told the Free Beacon. "So if they're teaching about overt sexual actions in class it can lead to more pornography exposure, which leads to compulsive sexual behavior, which has led to an uptick on child to child sexual abuse."

The original Nebraska sex education curriculum proposed in March was nearly identical to the 2020 National Sexuality Education Standards. These national standards are a collaboration between three deep-pocketed progressive advocacy groups: the Sexuality Information and Education Council of the United States (SIECUS), Advocates for Youth, and Answer. SIECUS and Advocates for Youth have raked millions annually from the CDC and abortion-focused nonprofits for decades, a Free Beacon review of 990 forms found.

All three of the national sex education groups have ties to the Nebraska curriculum process. Schulze worked for Answer at the University of Rutgers. Emails show Neary scheduled a meeting between NDE members and a policy director at SIECUS. The Susan Thompson Buffett Foundation has given $20 million to Advocates for Youth since 2008. Warren Buffett, the billionaire progressive philanthropist who heads the foundation, is an Omaha native. The Women's Fund for Omaha, where Schulze works as an education and training manager, owns $12 million worth of stock in Buffett's company, Berkshire Hathaway.

Neither Schulze nor Neary responded to requests for comment.

The state's board of education in September suspended the health standards after months of pushback from parents. Ekeler compared the dispute between parents and the school system to the battle of David and Goliath.

"Two things happen before David casts the stone with the sling," Ekeler told the Free Beacon. "First he's made aware of the battle and then, in one of my favorite Bible verses, he ran to the giant. Our parents, once they were made aware, ran to the battle—and I don't think they're going anywhere."