This is a real ad from the Wendy Davis campaign. The liberal superstar, who is trailing her opponent Greg Abbott by double digits, is clearly desperate, but approving an attack ad targeting Abbott’s disability seems wildly over the top. It's already being called "one of the nastiest campaign ads you will ever see."

Wendy Davis is running one of the nastiest campaign ads you will ever see. http://t.co/fVkqa4zqwh pic.twitter.com/DvgqBi8DPo — Chris Cillizza (@TheFix) October 10, 2014

The ad, titled "Justice," suggests that Abbott, who has been confined to a wheelchair since 1984, when a tree fell on him while jogging, hates other people with disabilities, and is anti-rape victim. It begins with an ominous shot of an empty wheelchair, and concludes with the message: "Greg Abbott. He’s not for you." Earlier this year, Davis attacked Abbott as someone who "hasn’t walked a day in my shoes." 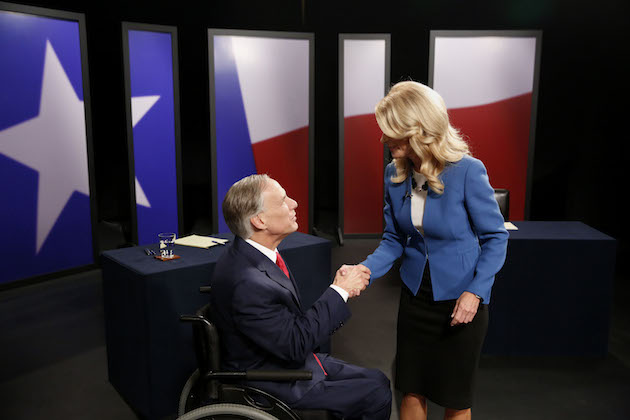 Vicente Gonzalez Has Funneled Tens of Thousands of Dollars in Campaign Cash to His Own Company, Records Show