Vanity Fair released its annual best-dressed list on Wednesday morning. It is an absolute joke.

The most glaring omission is First Lady Melania Trump, who shocked the world earlier this summer on a nine day trip with a series of stunning outfits that each won wide praise:

"Melania Trump is the epitome of style (and independence) during this trip abroad," Philadelphia Enquirer

"Melania and Ivanka Stun on Presidential Trip to Poland," AOL

In case you were living under a rock during Melania's "fashion tour de force" and are unsure whether the praise was deserved, here's a small sampling of what we saw.

This was Melania at Israel's Western Wall, sporting an elegant Michael Kors suit that she paired with head-turning Manolo Blahnik stillettos: 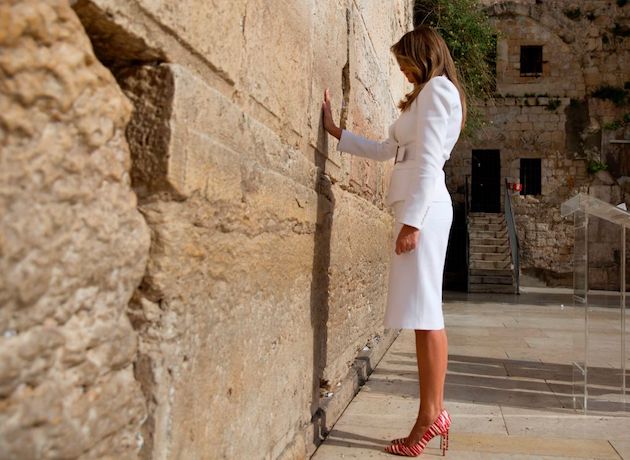 Here she is in Hamburg, Germany, where she was described as "demure and chic" for her leaf print Jil Sander dress paired with a Bottega Veneta coat: 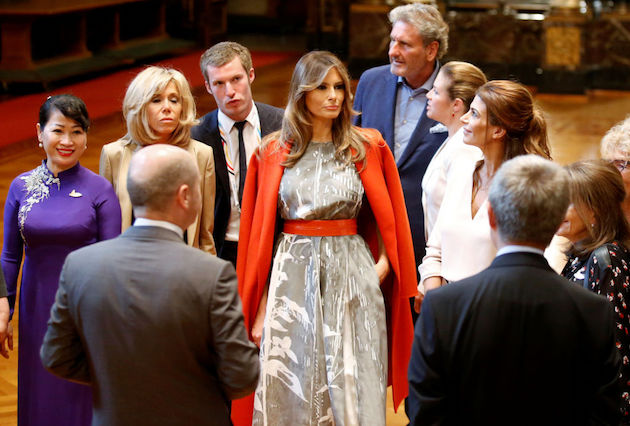 It was in Saudi Arabia where Melania won the most praise for a series of outfits that showed off the versatility of the fashion icon. Her looks were stunning from the moment she departed in a Max Mara sweater and Hervé Pierre leather skirt, a look described by Vogue as a "fashion-forward ensemble." 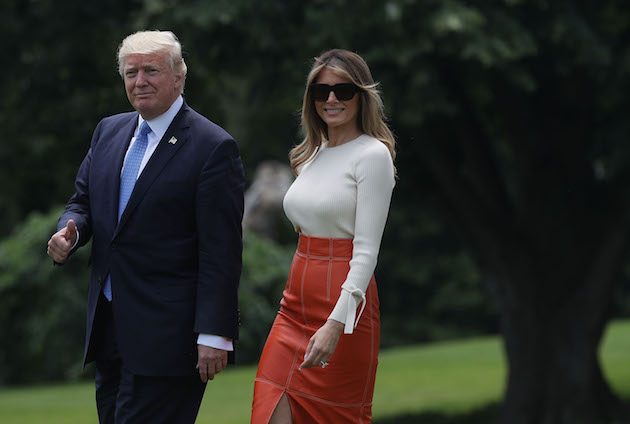 And by the time she stepped off the plane in Riyadh she had transformed her look with a Stella McCartney jumpsuit, a Melania staple, boldly accessorized with an oversized gold Saint Laurent python belt. 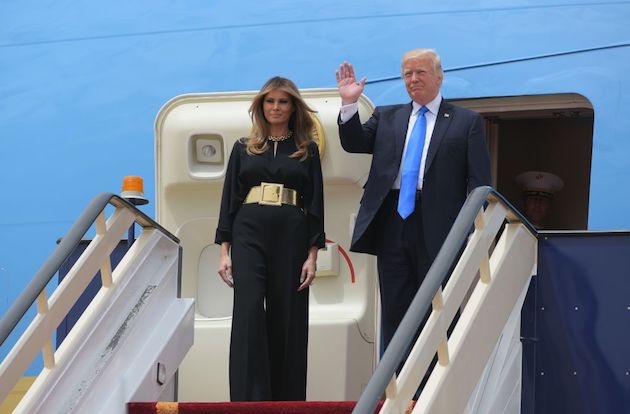 She also showcased her ability to go casual in Saudi Arabia with a Ralph Lauren safari shirt-dress, to which she gave her signature edge by pairing with striped Mahnolo Blahniks. 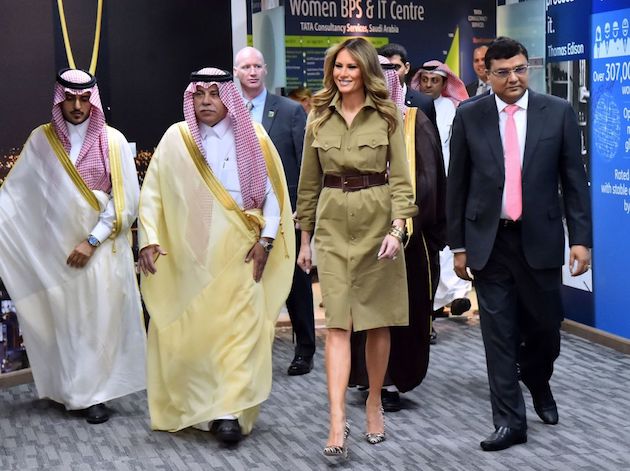 I could go on like this forever given Melania's keen fashion sense, which, by the way, runs in the family. Both Ivanka Trump and Barron Trump have won headlines for their ability to drive trends in the fashion industry.

Melania's many looks are regularly showcased on the @FLOTUS Instagram page, which has emerged as a must-follow for fashionistas on social media.

There is nobody on Vanity Fair's best-dressed list more deserving of the honor than the First Lady, but there are a few that are a true embarrassment.

Among them is three-time honoree Barack Obama, who dresses like a nerd. 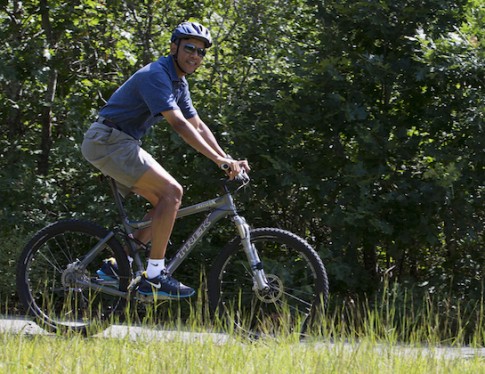 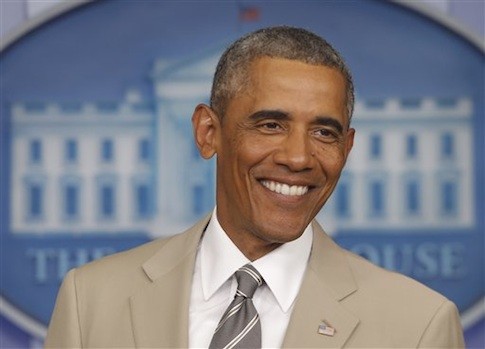 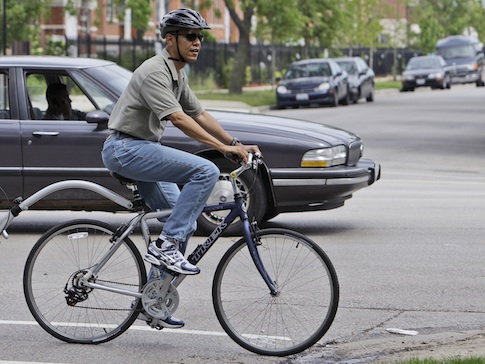 Also included on the list is Jaden Smith, the son of a Scientologist donor to Barack Obama, who is also bad at getting dressed.

Not all of the Vanity Fair honorees are unworthy. Among those who belong in the same conversation as Melania is Queen Letizia of Spain, who has been deemed the "reigning champion of modern regal style."

I understand that Vanity Fair prefers to spotlight failures of President Donald Trump, but the failure to recognize the First Lady's fashion prowess in 2017 is an offense from which the magazine may never recover.

Also notably snubbed was American hero Kate Upton, who has outfitted herself flawlessly throughout the year.