Looking more presidential by the day

Hillary Clinton’s disastrous book tour/campaign rollout has been great news for Joe Biden, the presumptive frontrunner for the Democratic nomination in 2016.

The News Journal reports that Biden is beefing up his presidential bona fides by joining the exclusive Wilmington Country Club in Delaware.

Biden is likely eager to play as much golf as he can in the coming year before the rigors of the campaign trail set in. He suggested as much in March, in response to a golf invitation from Irish Prime Minister Enda Kenny.

"I don't know about you, but if you want to keep your handicap in golf, don't run for president," Biden said. "So I expect strokes when we play."

Unlike President Obama, however, Biden (6 handicap) is actually good at golf. In 2011, Golf Digest ranked him 29th among beltway insiders, while Obama (17 handicap) ranked 108th. 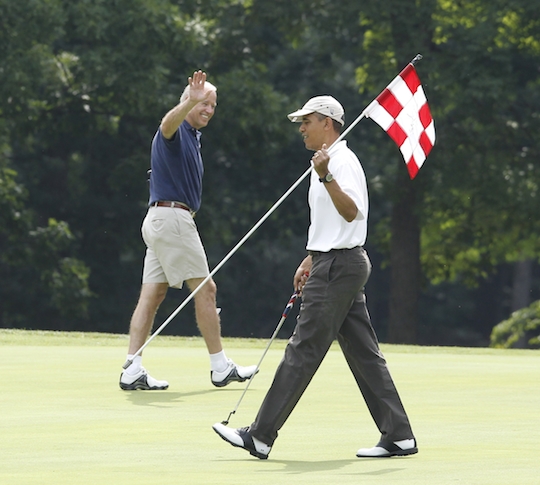