Hillary Clinton and close aide Huma Abedin discussed stylish (and expensive) home decor options via email under the subject line: "Gunmen try to assassinate head of Libyan army (AP)," in one of the more amusing exchanges revealed as part of a court-ordered document disclosure.

After Abedin emailed Clinton an Associated Press story about a failed rebel attack against the head of the Libyan army in December 2011, the secretary of state replied almost an hour later to ask if Abedin had received any home decor advice from first daughter Chelsea Clinton.

Abedin wrote back to say that she had, but that the items in questions (some fancy wall lamps) were out of her price range. Clinton deemed the matter serious enough to warrant a follow-up conversation over the phone. 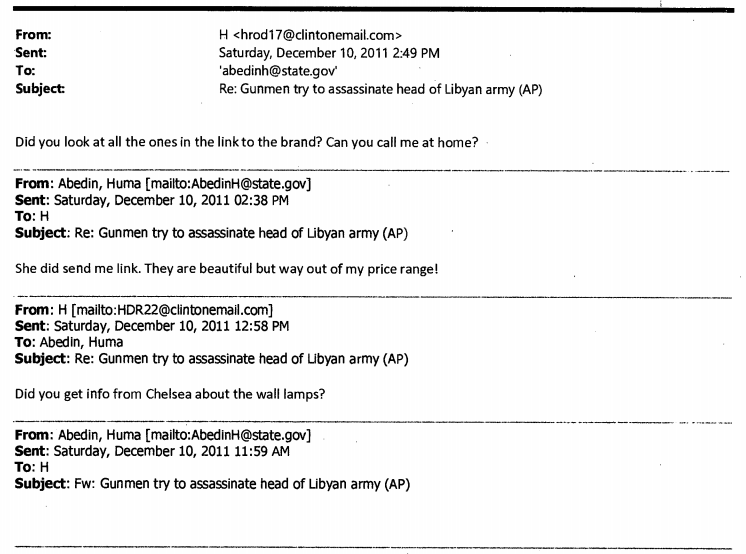 Here is a photo of an expensive wall lamp (via Bloomingdale's):