Harry Reid's statement on the Benghazi select committee has a Koch reference in the 2nd sentence. pic.twitter.com/llHsRqK5Ua

Below is Reid's full statement, in which he attacks the Koch brothers in the second sentence, never mentions the word "Benghazi," and accuses Republicans of: 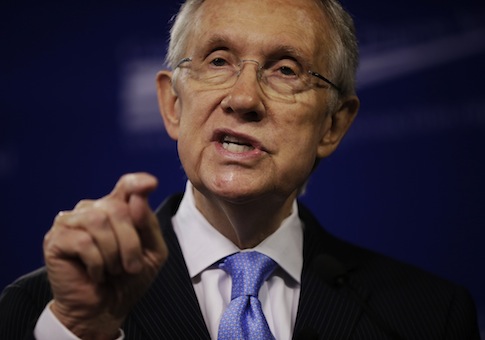 "Republicans are showing yet against that they have nothing to offer the middle class. Republicans care more about defending billionaires like the Koch brothers and trying to rekindle debunked right-wing conspiracy theories than raising the minimum wage or ensuring women receive equal pay for equal work.

"There have already been multiple investigations into this issue and an independent Accountability Review Board is mandated under current law. For Republicans to waste the American people’s time and money staging a partisan political circus instead of focusing on the middle class is simply a bad decision. While Republicans try to gin up yet another political food fight, Senate Democrats will remain focused on fostering economic growth for all hard-working Americans."