It's easy to mock VOX DOT COM. (Trust me, I know.) But, for some strange reason, they've decided to make it even easier. To wit: Matthew Yglesias recently discussed the evils of the accumulation of wealth with anti-income-inequality auteur Thomas Piketty ... at the bar of the St. Regis Hotel in Washington, D.C.

Now, for those of you who aren't aware, the St. Regis, located steps from the White House, is one of the nicest hotels in the city. And the bar, as you can see from the menu below, isn't exactly the sort of place the One Percent would feel uncomfortable: 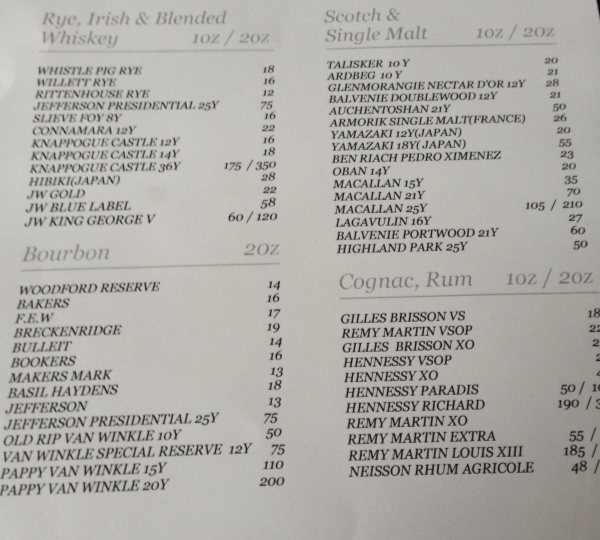 Personally, I think the $200 two-ounce pour of Pappy Van Winkle is the perfect bourbon to sip on whilst discussing the evils of inequality.

The Washington Free Beacon decided to recreate the interview to provide some needed insight into this important debate. Given VOX DOT COM's love of charts, we imagine that Piketty—sipping on a $16 Yoshino 1935, the St. Regis' expert mixture of Yamazaki 12 Single Malt, Cherry Heering Liqueur, vermouth, and orange peel—brought along a visual aid with which to make his points: 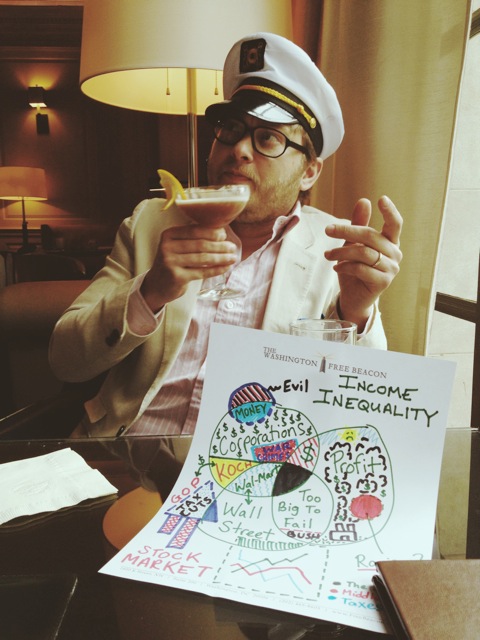 The chart, obviously, would have intrigued Yglesias ... 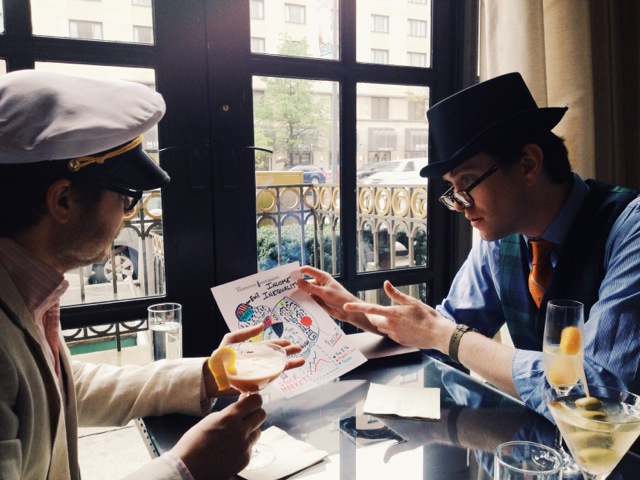 ... and given him much to consider as he quaffed his French Seventy Five ($16), a deft mix of Green Hat Gin and champagne: 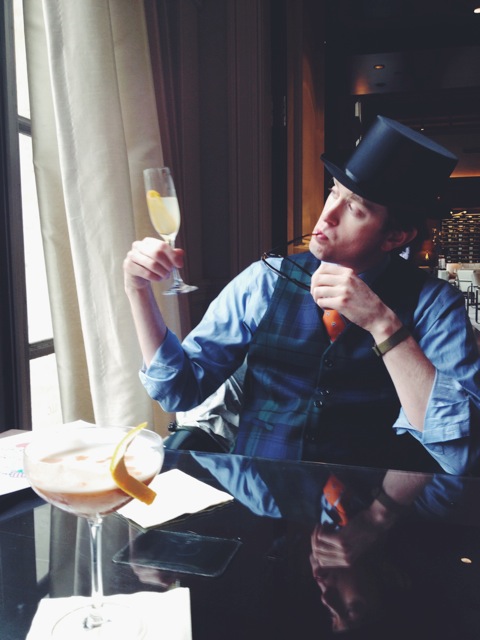 The resulting interview is, of course, a masterpiece of explanatoryianism, one that really helps expose the evils of income inequality and doesn't in any way come across as ironic or pedantic or condescending or absurd. It's a good thing we have such men of the people around to educate us about the ills of our society.