Moments before the debate between Donald Trump and Hillary Clinton began, people remarked how surreal the experience would be. Who would have thought, a year ago, that the first presidential debate would feature Hillary Clinton versus, of all people, Donald J. Trump? It is a feeling that Republicans and conservatives have experienced since Trump descended from an escalator in one of his skyscrapers more than a year ago. The dream-like quality of having a piece of the popular culture embed itself in politics is disorienting, disrupting. Tonight the world knows what it's like.

The first minutes of the debate were subdued. But very quickly Donald Trump reverted to form. He interrupted. He heckled. He boasted, exaggerated, delivered his miasma of phrase and verbiage. Many of the things he said were untrue or, as Trump put it, "semi-exact." But he also struck to the theme of his candidacy: the political system is broken, and only an outsider, proven in the business world, can fix it. Throughout the debate Trump referred to Clinton's long history on the public stage. He needled her, mocked her, and in some cases—trade most significantly—passionately made the case against the bipartisan consensus that has ruled foreign policy since the end of the Cold War. Clinton displayed the qualities that have brought her to this point: detailed knowledge of policy, fluency in speech, polished delivery of canned attack lines (some more effective than others).

But ask yourself: Why is Hillary Clinton running for president? As an agent of change, or a custodian of Barack Obama's legacy? She has many proposals, says the right things. But what do they add up to?

For better or worse, we know why Donald Trump is running for president: to make America great again. All of the zaniness, impossible as it can be to follow, returns to this point.

Ask yourself: Who is Hillary Clinton's base? Democrats, surely. But can you describe them more specifically?

Bill Clinton had soccer moms. George W. had the religious right. Barack Obama had the African-American community. And Donald Trump has white voters without college degrees—the "poorly educated," whom he loves.

As I observed reaction to the debate on Twitter I kept noticing the repetition of attacks on Trump that had been made during the Republican primary. Can you believe Trump is so rude? Can you accept the fact that he's taking credit for stiffing businesses and taking advantage of bankruptcy and tax laws? Whoa boy—there he goes again bragging about his company and his newest hotel. Trump is thin-skinned, testy, brutal, loud. Tell me something I don't know.

But he has a strategy. He is the outsider against the establishment. It's the same play he made in the GOP primary. Trump would be the first president not to have held public office or been a general. He turned that fact into an asset because the Republican electorate so detests the status quo.

Does the general electorate feel the same way? Trump must think so. Because he used this first presidential debate to present himself as the outsider, crusading against the elites who have been in power for decades.

One must say he has the perfect foil. Hillary Clinton delivered her well-rehearsed lines well. But it is true that she has been in the public eye forever, for longer than some voters have been alive. And that she represents the current power structure at a time—the end of a second presidential term—when the electorate has historically opted for change.

I can't make sense of it. The things one hates about Trump were omnipresent in the debate. And yet he has brought the race to an effective tie—so why would these things hurt him now? Trump offers plenty of material for comedians and snarky journalists. But one wonders how the debate will be interpreted in homes around the United States that do not normally figure in political calculations.

Truth? Decorum? Norms? Beautiful notions. I hold true to them. But our definitions of those terms may no longer have a hold on the public. Hillary Clinton is the product of a generation of political training and evolution. But that may not matter. Because she—and all of us—have entered the Trump zone. 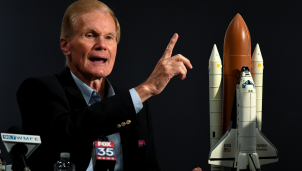 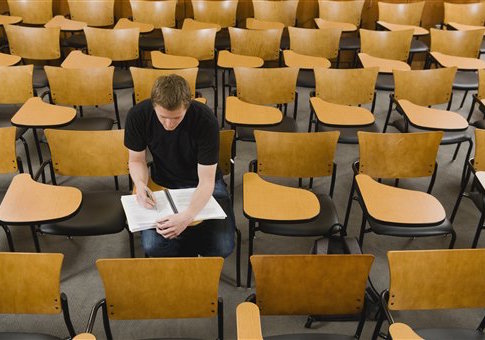