There are two kinds of 9/11 Truthers, broadly speaking.* There's the "made it happen on purpose" (MIHOP) variety—the folks who think 9/11 was a "false flag" in which American politicians commanded an attack on the World Trade Center and Pentagon. Then there's the "let it happen on purpose" (LIHOP) variety. These are the far more reasonable individuals who believe that the powers that be saw 9/11 was going to happen, "stood down" America's defenses, and allowed the attack (and the murder of 3,000 Americans) to take place so they could "wage war for oil" or "enrich the Military-Industrial Complex" or "fight Israel's wars for them" or whatever.

I offer this brief preamble, because, well:

David Corn over at Mother Jones unearths a 2009 video of Sen. Rand Paul (R-Ky.), in which Paul suggests that former vice president Dick Cheney wanted to invade Iraq in order to benefit his former employer, Halliburton.

In the video, shot at Western Kentucky University, Paul argues that Cheney thought the invasion was a bad idea in the first Bush administration but changed his tune after working for Halliburton. …

Paul also said the Sept. 11, 2001, terrorist attacks were used as a pretext for the invasion.

If you're familiar with 9/11 Truthers, as I am, you'll realize this all sounds weirdly familiar.

Now look: I'm not saying that Rand Paul is a 9/11 Truther. Not at all. Yes, 9/11 Truthers for some strange reason have gravitated toward the Ron Paul camp, and yes, Rand Paul has made something of a habit of engaging in conspiratorial thinking designed to cast America in the worst possible light. Even so: I'm not saying Rand Paul said, or thinks, that Cheney allowed 9/11 to happen in order to enrich his friends at Halliburton.

But, you know, dog whistles and stuff.

*Well, there are really hundreds—thousands, maybe—of kinds of 9/11 Truthers, if we count every different conspiracy as a "type." I'm talking broad strokes here.

This whole line of reasoning is ridiculous. Senator Paul was not questioning anything about 9/11. Rather, he was discussing that some people came to the wrong conclusions afterwards, and used bad decision making to put us in bad situations that had nothing to do with answering 9/11.

9/11 was caused by 19 terrorists who killed thousands of Americans. Our war in Afghanistan was a good and justifiable response to 9/11 that Senator Paul would have voted for had he been in office, as he has said countless times. To twist a discussion on the merits of the Iraq war into a discussion of 9/11 "trutherism" is shameful and disingenous [sic].

Hey, I was just asking questions! Here's one more question: Isn't it "shameful and disingenous [sic]" to suggest that the vice president of the United States supported the invasion of Iraq to earn his former company billions of dollars? 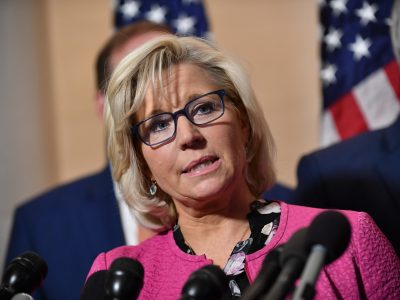