Recently, NPR and Buzzfeed have taken it upon themselves to describe the art of being a bro. It’s like when your college newspaper attempted to classify the various bros one finds in a school’s frats, except that college bros actually read the school paper. The crossword gave us something to do during psych class.

At least NPR attempted to visualize their theory using Venn diagrams. Buzzfeed just tossed up an X/Y Axis measuring between "high-brow" and "low-brow" and "mildly bro" to "something-something-we’re-trying-waaay-to-hard-bro." I made that last one up. 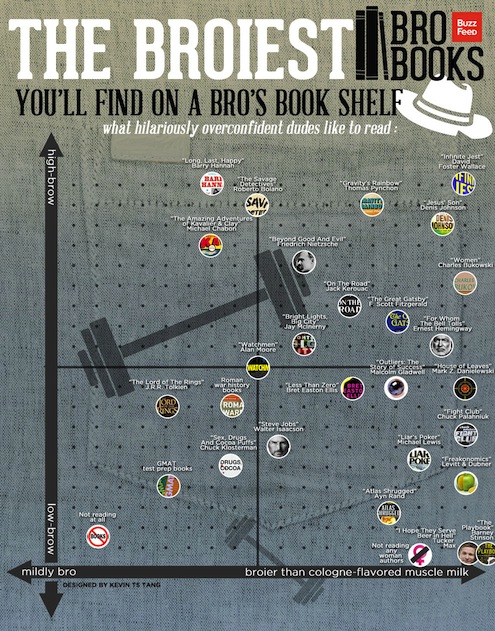 What’s most irksome is how Buzzfeed uses "hilariously overconfident dudes" as a pejorative. Would you call Michael Jordan a bro? Bill Gates? Bubba Watson? Overconfident dudes make this nation great.

And then Buzzfeeds tosses off a bunch of titles without any context. What makes The Great Gatsby "broier than cologne-flavored muscle milk?" Want to know what’s not "bro?" Pining after Daisy like some schoolyard whiner when you live in New York during the Jazz Age.

Behind the sweet moves, is a lame.

At the center of Buzzfeed’s scale is Alan Moore’s "Watchmen." Again, the only bro in that piece is the Comedian, and he gets his ass blasted before the story even begins. Is Buzzfeed saying that an alternate America where we won Vietnam with the help of a superhero is "brotastic"? It’s not clear.

Then again, Ozymandias is pretty much a lax bro. And Dr. Manhattan gets roasted by all of his former slam pieces. So I’ll give Buzzfeed that.

Let me show you a few things

Buzzfeed could have saved themselves a lot of time and effort by just making a simple graphic showing that bros either read "Bar Stool Sports," or "The Chive," or "Both Bar Stool Sports and the Chive."

You want to know what’s not "bro"? Buzzfeed and NPR. 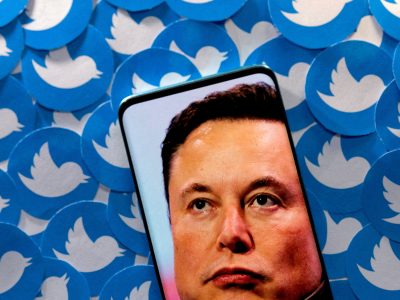