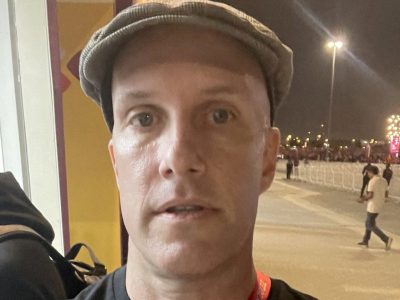 The 2013 Masters will have plenty of intrigue with Tiger Woods coming into the tourney like a bat out of hell, with a Number One World Ranking and Lindsey Vonn. But the guy with the most juice is reigning Masters champ Bubba Watson, who this week dropped a video showing him stunting on the course in a shiny new hovercraft.

I’ll take a hovercraft over an over-the-hill skier any day and twice on Sunday. The hovercraft is by far the coolest of land-based vehicles. They would give aircraft carriers a run for their money except carriers provide an additional 100,000 tons of American diplomacy.  Whoever at Oakley who concocted the idea of selling sunglasses off the frame of a hovercraft has earned that promotion.

Watson must have forgotten quickly any disappointment he'd had from purchasing his 24-inch rims for a golf cart when he got to use that cart to cruise over water hazards. And if he's able to use his hovercraft to, well, hover around Augusta, he'll also be able to hit shots like his wedge on the first playoff hole at last year's Masters:

According to law, hovercrafts fall under the jurisdiction of the Coast Guard. So we better see Bubba swagged out in his "LeBronold Palmers" as he’s hovering around in the Golf Boys 3 video.