Freshman Senator and 2016 frontrunner Elizabeth Warren (D., Mass.) has written a memoir. The book documents her rise from humble beginnings, her tireless efforts to establish the Consumer Financial Protection Bureau, and the internal struggles of someone who never really wanted to come to Washington, D.C., and get involved with politics, but who nevertheless has found it hard to quit the nation’s capital. 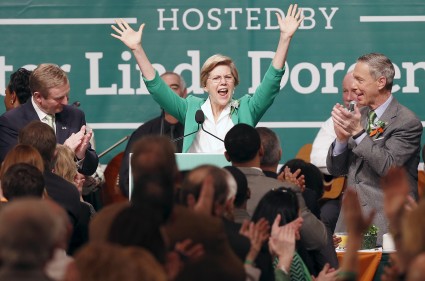 Warren is well versed in the lexicon of left-wing buzzwords and phrases such as "America’s middle class is under attack." She can turn a personal anecdote on a dime in order to make a political point. From the book’s prologue:

I will be grateful to my mother and daddy until the day I die. They worked hard—really hard—to help my brothers and me get along. But we also succeeded, at least in part, because we were lucky enough to grow up in an America that invested in kids like us and helped build a future where we could flourish.

Here’s the hard truth: America isn’t building that kind of future any longer.

I believe that it’s this optimism about the future that sets us a part as a people, this optimism that makes America an exceptional nation [check]. We built this [check] country by striking out on new adventures and propelling ourselves forward on a path we named progress [nice alliteration]. Along the way, we learned that when we invest in one another [check], when we build schools [check] and roads and research labs [check, check], we build a better future [2016 campaign slogan? check]—a better future for ourselves and our children and our grandchildren…

[Thank you. God bless you. And God bless the United States of America.]

2. Warren is a fan of libertarian populist Tim Carney(?) 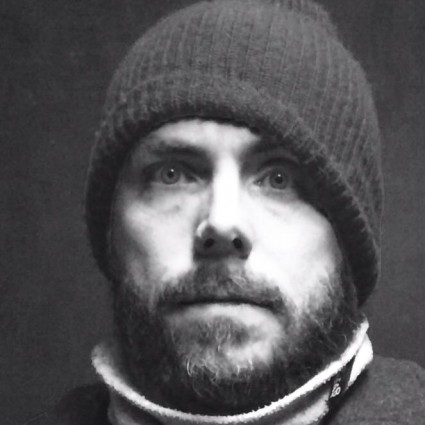 Check out this paragraph from the book’s prologue:

Today the game is rigged—rigged to work for those who have money and power. Big corporations hire armies of lobbyists to get billion-dollar loopholes into the tax system and persuade their friends in Congress to support laws that keep the playing field titled in their favor. Meanwhile, hardworking families are told that they’ll just have to live with smaller dreams for their children.

Warren also used the "rigged" line during her speech at the 2012 Democratic convention. It sounds a lot like this June 2013 Washington Examiner column by Tim Carney:

The game is rigged against the regular guy in America today. And it's rigged in favor of big business, the politically connected, and the wealthy…

So it's no surprise that seven of the 10 richest counties in the United States are in the Washington, D.C., area. Revolving-door lobbyists and government contractors are living the high life in McLean, Georgetown, and Great Falls.

The game is rigged, and conservatives can point out that the chief game rigger is government. The tax code is convoluted, regulations are terrifying, big businesses that fail get bailed out while small entrepreneurs get crushed by bureaucracy.

3. She's a tough professor who has no patience for "knuckleheads." 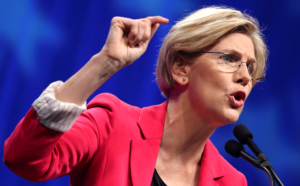 From her stint at Texas Law:

One early spring morning in the mid-1980s, a shocking rumor floated around the UT faculty lounge: There had been a total of seven failing grades handed out in the preceding term, and they had all come from one professor. I didn’t say anything, but I knew who the professor was. I’d taught two large classes, and a few knuckleheads had thought they could skate through without working hard. They had miscalculated. In fact, exactly seven of them had miscalculated. 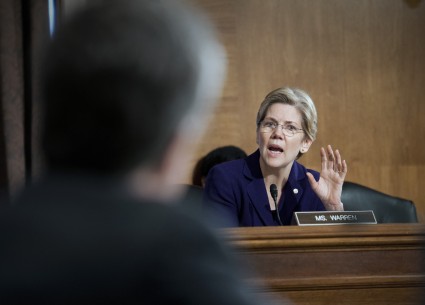 Following a heated exchange with a bankruptcy judge during a panel discussion in Chicago:

I glanced over and noticed with satisfaction that the veins in his neck were throbbing and his face was red and sweating. I wondered briefly whether he might have a stroke right there on the small stage.

It was not a nice thought for a suburban mom who tended roses and dutifully brought chocolate-oatmeal cookies to every church bake sale. 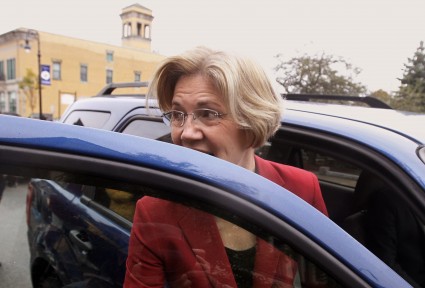 You may regret it. Describing a spring drive with her second husband, Bruce Mann, Warren writes:

A year or so after we moved back to Philadelphia, Bruce and I were driving somewhere one spring day when an interview with a bank spokesman came on the radio. The guy was railing about deadbeats who took advantage of everyone else by filing for bankruptcy. I was furious. After the interview ended, I railed right back, rebutting everything the spokesman had said. The farther we drove, the more I argued into the empty air. 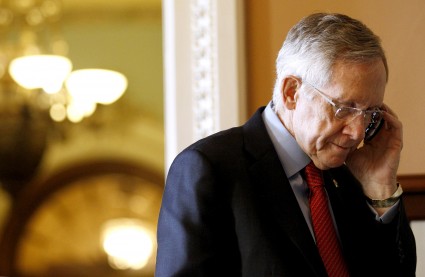 Describing her first conversation with the Senate majority leader:

…the phone rang. My caller was a soft-spoken man who identified himself as "Harry Reid."

I could barely hear him. "Who?" I asked.

Senator Reid got right to the point—no "how are you," small talk. The country was in a crisis, and he wanted me to come to Washington [to lead a TARP oversight body with almost no actual power].

7. She barfed before her first appearance on The Daily Show.

It was early evening. I was standing in the tiny guest bathroom near the set of The Daily Show with Jon Stewart. I glanced nervously at the front of my jacket to see if it was clean. I examined my face closely in the mirror, specifically my mouth, nose, and chin. I had just vomited.

8. Jon Stewart went out of his way to help Warren’s career.

After the initial interview didn’t go as well as Warren would've liked, Stewart brushed off time constraints and insisted his producers continue the interview to give Warren more time deliver her "important message."

As I started to bolt out of my chair, Stewart grabbed my forearm and said something like "You wanted to deliver an important message here, and you didn’t get to it. If I gave you once sentence, what would you tell people?"

We looked hard at each other again, our heads inches apart, and then I told him what I really thought. He said, "Okay, hold on."

By now, we were well into the commercial break, and the stage director came over to hustle me off the set. Stewart said, "No, she stays." The manager said, "No, we’re out of time." Each repeated their statements with a little more intensity; then Stewart insisted with the air of The Boss: "She stays. I know how we can make room."

Stewart let Warren say her piece, and responded by saying: "That is the first time in six months to a year that I felt better." 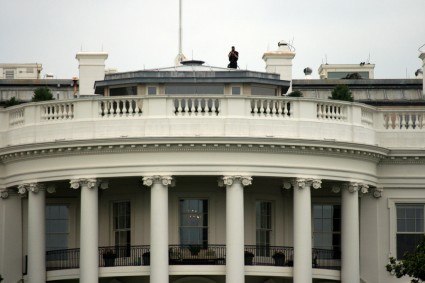 Describing a meeting at the AFL-CIO headquarters near the White House:

The meeting took place in the big conference room on the eight floor. I’d never been there, but [ALF-CIO counsel] Damon [Silvers] had told me about it. The room had a balcony that looked out on the White House. During the Bush years, the AFL-CIO had been sternly cautioned that no one should step on the balcony or the sharpshooters might fire at them. So far, no one in the Obama White House had issued the same warning [emphasis added]. 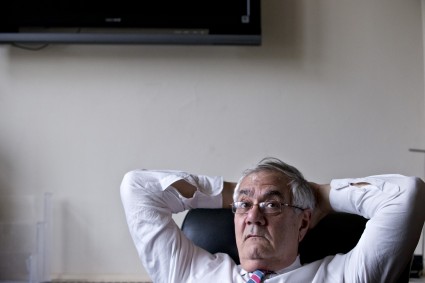 [Frank’s senior adviser] Jim [Segel] showed me into the congressman’s apartment. It was a small space; on one side of the living area there was a king-size mattress on the floor, complete with a tangle of unmade sheets and blankets. Jim sat down next to a small table in the kitchen part of the room. I said hello to the congressman’s surfer-dude handsome boyfriend, Jimmy, but before we had a chance to visit, Congressman Barney Frank burst in. [emphasis added]

…He sat me down with my back wedged up next to the refrigerator, then jumped right in.

It was a fruitful meeting, as Warren later explains. "Somewhere in that conversation, we stopped being Congressman Frank and Professor Warren. From that day on, it was Barney and Elizabeth."

Others may recall it, but I had no idea this was a thing that actually happened until I read about it in Warren's book. Funny or Die, a comedy website that occasionally allows sitting (Democratic) presidents to self-advertise in softball fake interview segments of dubious comedic value, made a video in March 2010 urging President Obama to "grow a pair" and establish a consumer protection agency (Warren’s coveted CFPB).

Renowned composer Hans Zimmer and writer-director James Brooks were apparently the driving force behind Hollywood’s effort to garner public support for the CFPB. A boatload of other celebs took part.

But it was Jim Carrey who stole the show, in Warren’s telling, for "starring as the ghost of Ronald Reagan and strutting around the set with an oversized paid of steel balls clanking in his pants."

The video, which concludes by urging viewers to call their senators and support the CFPB, is totally bizarre. It makes little sense (the ghost of Ronald Reagan pressuring Obama to stand up to Republicans?), it tries too hard, and, like most overtly political "comedy," it’s not funny. (Hammond’s Clinton is the only bright spot.) See for yourself:

I had also forgotten about the "rap video…starring a supercool-looking guy in cowboy duds waving a lasso and rapping, ‘Sheriff Warren, she’s what we need, yo.'" Alas, it's a real thing that actually exists. Like the Funny or Die video, the supercool-looking rap was part of a left-wing campaign to pressure Obama to give Warren a job. It's painful to watch: 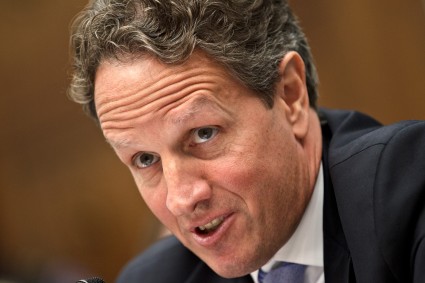 Warren writes about riding to lunch with Treasury Secretary Tim Geithner in a secret service SUV:

I had put on my seat belt before the car pulled out of the Treasury encampment, but as we sped along I noticed that the secretary was still unbelted. Like a bossy (!!!) third-grade teacher, I looked at him and said, "Put on your seat belt, Mr. Secretary."

Like a naughty kid, he looked back and said, "I don’t have to."

He explained with obvious pride that the car was bulletproof and that the driver and his partner were both highly trained and carried big guns. "We’re safe here," he said in a tone meant to end the conversation…

He didn’t put on his seat belt all the way to the restaurant.

One paragraph later: "On the drive back to the office, Secretary Geithner put on his seat belt."

That’s Warren’s takeaway from the controversy over her alleged Native American ancestry.

16. Elizabeth Warren is running for president. 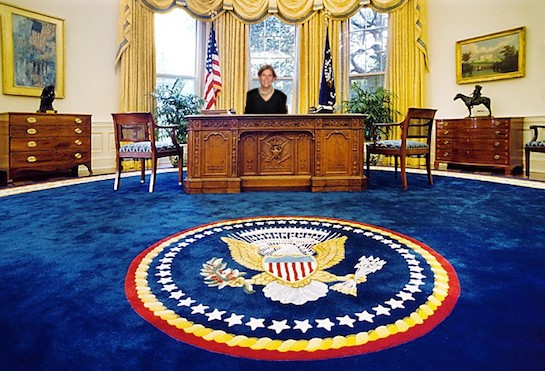