The hashtag #WaysToImproveSoccer is trending on social media for some reason—probably because most normal people regard the "sport" as a tedious affair that rewards whining. Of course, suggesting ways to "improve" this decidedly anti-American endeavor is little more than a rhetorical exercise. The most sensible course of action would be an outright ban.

#WaysToImproveSoccer by getting rid of it. It's hockey without the skates and fights.

But until President Donald Trump can build a solid legal case for soccer's prohibition — in this country, at the very least — it's worth considering some reasonable improvements that would make the sport more palatable.

1. All "injuries" must result in an actual injury

Red cards for flopping is an obvious way to improve a sport plague of egregious displays of faux anguish, even if the penalty falls short of the preferable solution of shooting the fakers on site. A sensible middle ground would be to institute a new rule requiring that every alleged "injury" result in an actual injury. A team of medical supervisors would swiftly issue a ruling on any fall from which a player does not return to his feet after a five-second count. If the injury is deemed fake, the opposing captain may select any member of the offending team who will then be subject to a real injury administered by a member of the officiating crew. The injuries will be inflicted via a rotating arsenal of weapons that becomes increasingly menacing as the game goes on. (E.g., first minute = wiffle bat, 90th minute = flame thrower, etc.)

2. Get serious about the "no hands" rule

If not being able to use the most dexterous appendage on the human body is what makes soccer such a "beautiful game" of "skill," the players should be able to do it with their arms literally bound. What, is it going to result in even fewer goals? Not necessarily, and even so it will make the game vastly more entertaining, especially when it comes to watching fallen players writhe and struggle to beat that five-second injury clock without the use of their arms.

Even goalies would not be exempt from the new "no means no" standard regarding the use of hands. However, their predicament will also involve being strapped to a sturdy foosball-style rod operated by a group of teammates on the sidelines. Hanging about a foot off the ground, the keepers (more than one, if necessary) could be maneuvered side-to-side to protect the net. All goal kicks would be performed using the traditional spinning method.

In celebration of the Christmas Truce of 1914, when warring British and German troops exchanged holiday gifts and played a friendly game of football before returning to more noble pursuits, a series of six-foot trenches would be dug horizontally throughout the pitch. Of course, the five-second rule would apply to players who fall in.

Every player, hands already bound, would be attached to one another by bungee cord, just for fun. This innovation would require a great deal of communication and coordination, and would help teach children about the importance of teamwork. Game highlights would no longer feature a boring array of "almost goals," but would include endlessly crowd-pleasing moments such as a good old-fashioned clothesline takedown on the edge of trench. Ouch!

Each team gets three bullets, a rifle, and a crow's nest in a location of their choosing. A successful hit on the ball is worth three points, but shooting an opposing player would result in a free kick from the spot of the foul. Accordingly, all gunshot wounds would automatically qualify as legitimate injuries.

Every 10 minutes, a hooligan fan from each side is allowed onto the field. Their arms would also be bound, but they would not be required to tether themselves to the bungee apparatus. Hooligan goals are worth two points, but the opposing team's sniper may shoot them without incurring a penalty. 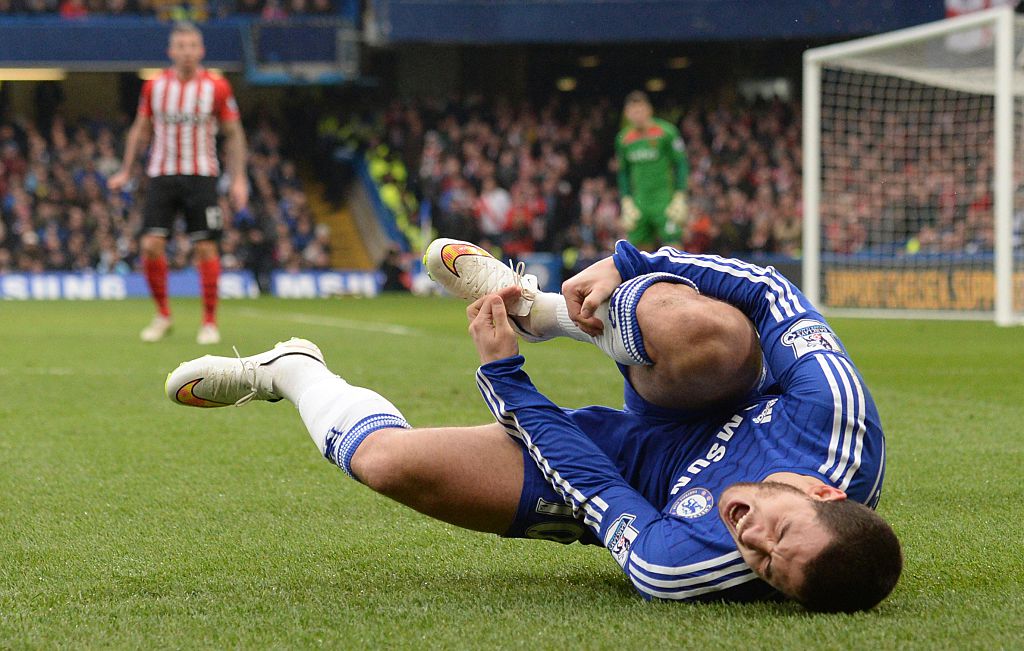