Meet the Woke Nonprofits Behind the CDC’s ‘Inclusive Communication’ Guide

The Centers for Disease Control and Prevention released a set of "guiding principles for inclusive communication" on Aug. 24. The word salad included statements like "health equity is intersectional" and described "diabetics" and "the homeless" as "dehumanizing language." Public health communications, the guide said, "should reflect and speak to the needs of" a wide range of identities.

To that end, the guide compiles a list of "preferred terms for select population groups," as well as a list of proscribed terms deemed insufficiently inclusive. "Assigned male/female at birth" is preferable to "biologically male/female," "people with undocumented status" is preferable to "illegal immigrants," and "people who are incarcerated" is preferable to "inmates," according to the guide—which also stresses that public health officials should "avoid jargon and use straightforward, easy to understand language."

It might seem odd for the CDC to be ironing out the finer points of woke vernacular while COVID-19 is killing over a thousand Americans each day. But the agency wasn’t starting from scratch. Rather, its guidance drew on a network of nonprofits that are institutionalizing progressivism as public health’s lingua franca.

The guide’s preferred terms for gender, for example, come straight from the LGBT activist group GLAAD, whose "Media Reference Guide" says phrases like "biologically male" are "problematic" and "reductive." And the CDC’s "health equity lens" takes inspiration from a report by the Racial Equity Institute, which is listed at the end of the guide as an "explanation about the root causes of racism and racial inequity." The report urges policymakers to "confront the reality that all our systems, institutions, and outcomes emanate from the racial hierarchy, on which the United States was built," and denies that any inequalities are caused by "people’s culture or behavior."

Reached for comment, the CDC said that its link to the report did not "constitute an endorsement."

The guide is the latest illustration of how progressive nonprofits capture public health agencies through a kind of technocratic activism, burrowing their ideology into medical language by framing social controversies as settled scientific fact. Government officials, like those at the CDC, then cite those activists alongside professional health associations, many of which have gone woke themselves. That boosts the activists’ credibility while undermining the government’s own: The CDC may be insulated from certain kinds of political pressure, but it is hardly immune to the ideological contagion of medical nonprofits.

Further eroding that immunity is the revolving door between those nonprofits and the CDC. The Robert Wood Johnson Foundation, for example, appears three times in the guide’s list of "resources and references." Its CEO, Richard Besser, was the acting CDC director at the start of Barack Obama’s first term. When Americans are told to "follow the science," they aren’t just being told to socially distance; they’re being told to adopt the values of an activist class and the Democratic donors who power it.

The GLAAD guide offers a case study in this sleight of hand. Since terms like biologically male and female "overly-simplify a very complex subject," the guide suggests, retiring them will help readers "form their own conclusions based on factual information"—the implication being that talk of scientific realities is itself anti-science.

Professional medical associations have largely blessed this marriage of evangelism and expertise. The CDC’s list of links includes the American Heart Association’s "Racial Equity in Public Policy Message Guide," which offers "research-based messages" to "dismantle structural racism," and the American Public Health Association’s "health equity fact sheets," which cover "environmental justice" and "COVID-19’s impact on housing instability." The housing sheet calls on federal authorities to "expand, extend, and enforce eviction and rent moratoriums"—exactly what the CDC was doing until the Supreme Court ruled it unconstitutional in August.

"Nothing in the guiding principles is prescriptive," the CDC told the Washington Free Beacon. That might come as news to whoever wrote the first sentence of the guide: "To build a healthier America for all, we must confront the systems and policies that have resulted in the generational injustice that has given rise to health inequities."

These sorts of buzzwords permeate the guide’s listed resources. The idea that "racism exists only in individuals crowds out any consideration of systemic solutions," according to the FrameWorks Institute. The Robert Wood Johnson Foundation warns that health equity is imperiled by "institutional discrimination," which is "not necessarily conscious, intentional or personal." Several resources also make reference to the "social determinants of health," a concept to which the CDC devotes an entire section of its website.

This focus on so-called systemic forces explains the guide’s preference for terms that avoid attributions of personal responsibility. "People who refuse vaccination" become "people who have yet to receive [the vaccine]," while "the obese" become "people with obesity," a term favored by the Obesity Action Coalition. That coalition, which aims "to eliminate the negative stigma associated with obesity," is the guide’s only recommended resource on issues of "weight bias."

The CDC’s use of such euphemisms is likely good news for the nonprofits that peddle them. It is likely bad news for public health.

That’s because many medical conditions are in fact under the control of individuals. The risk of severe COVID-19, for instance, drops dramatically with vaccination, a free, two-minute procedure that is now available at almost every pharmacy in the country. And while obesity is sometimes due to thyroid problems or genetic predispositions, it is "generally caused by eating too much and moving too little," according to the British National Health Service—meaning the best treatments for obesity are "a healthy, balanced diet and regular physical activity."

The obesity rate for adults in Britain is 28 percent. In the United States, it’s 42 percent—the highest in the developed world. With woke nonprofits at the helm of America’s public health bureaucracy, it is likely to stay that way. 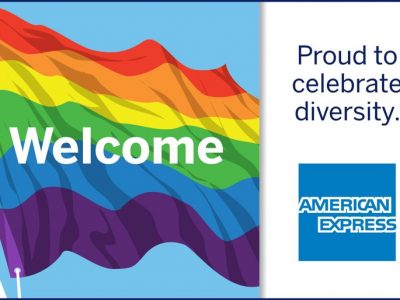