Federal judges in three states have put on hold a Biden administration program that forgives farm loans on the basis of race.

The American Rescue Plan Act offers about $4 billion in relief from Farm Service Agency loans for African-American, Hispanic, and Native American farmers. Judges hearing challenges to the program in Florida, Texas, and Wisconsin found that it violates constitutional equal protection principles and enjoined it on a nationwide basis. The program's architects said it was a reparations measure made urgent by the coronavirus pandemic.

The early rulings against the program show that the Biden administration's racial equity agenda is struggling against strong headwinds. The farm relief program is one of multiple race-based benefits in the Democratic stimulus that courts have put on hold. And the Supreme Court's June decision upholding a pair of Arizona election regulations has complicated the Justice Department's voting rights agenda.

The Biden administration says the loan relief measure is necessary to remediate decades of discrimination against minority farmers by the Department of Agriculture. The agency, the administration says, has discriminated against minority employees, provided inferior loans to minority applicants, and curtailed access to services based on race. Past attempts to address those harms haven't gone far enough, agriculture secretary Tom Vilsack said.

"Several major civil rights lawsuits have compensated farmers for specific acts of discrimination," Vilsack said of the program in May. "However, those settlements and other related actions did not address the systemic and cumulative impacts of discrimination over a number of decades that the American Rescue Plan now begins to address."

The three judges who ruled against the program highlighted two legal problems for the administration.

First, all three said that the concern among congressional Democrats and administration officials about general racial disparities is not enough to justify a race-based benefit. They ruled that if the government is going to condition loan forgiveness on race, it must tie that remedy to particular acts of intentional discrimination for which the government is responsible.

"Aside from a summary of statistical disparities, defendants have no evidence of intentional discrimination by the USDA in the implementation of the recent agriculture subsidies and pandemic relief efforts," U.S. District Judge William Griesbach of the federal trial court in Green Bay, Wis., wrote in a June 10 decision. "‘An observation that prior, race neutral relief efforts failed to reach minorities is no evidence at all that the government enacted or administered those policies in a discriminatory way.'"

U.S. District Judge Reed O'Connor of the federal trial court in Fort Worth, Texas, sounded a similar note in a July 1 decision halting the program.

"Any past discrimination is too attenuated from any present-day lingering effects to justify race-based remedial action by Congress," O'Connor wrote.

Second, two courts faulted the program for being both over and under inclusive. They ruled the program was over inclusive because it could provide relief to people who have never experienced discrimination or COVID-related hardships. Meanwhile, the program does nothing for farmers who have suffered such harms but don't have a loan from the Department of Agriculture.

That's a problem because the government has to show a close fit between the loan relief program and its goal of rectifying past discrimination against minority farmers and ranchers.

The program's "rigid, categorical, race-based qualification for relief is the antithesis of flexibility," U.S. District Judge Marcia Morales Howard of Jacksonville, Fla., wrote in a June 23 ruling. "The debt relief provision applies strictly on racial grounds irrespective of any other factor."

Conservative impact groups have litigated challenges to the farm relief program on behalf of white Agriculture Department loan recipients who are excluded from the program. The Pacific Legal Foundation is handling the Florida case. America First Legal, a cause-lawyering group founded by former Trump administration officials, joined with Texas agriculture commissioner Sid Miller (R.) to challenge the program in the Fort Worth federal court. The Wisconsin Institute for Law and Liberty litigated the third case before the federal judge in Green Bay.

Rep. David Scott (D., Ga.), the chairman of the House Agriculture Committee and a champion of the program, said the ongoing legal challenges amount to racial discrimination. Black-owned farms, he stressed, account for just 1 percent of U.S. farmland, a striking drop from historical highs that's left minority farmers on the brink.

"The very survival of Black farmers is at stake—and this would be an unpardonable sin because we, as Black slaves, did the hard work and provided the foundation for America's great agriculture system for free, for over 200 years, under the lash of the slave masters' whips," he said in a June statement about the ongoing litigation. 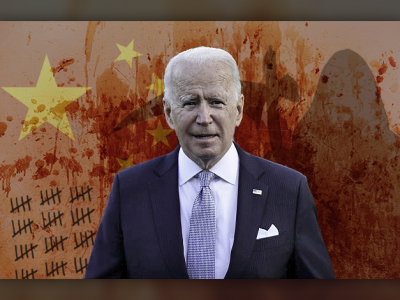