Ian Lindquist is a Visiting Fellow at the Ethics and Public Policy Center. 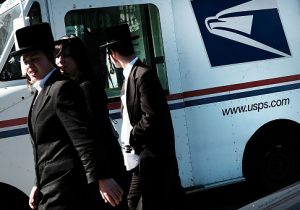 Americans are exceptional in many ways but perhaps their greatest exceptional characteristic is their neighborliness. Americans are a private people dedicated to the proposition that all homes are created equal no matter the customs, rituals, and beliefs that guide and comprise them. In dealing with his neighbor, the American follows the rule: Be cheerful and helpful, be polite, and leave my neighbor alone to his home. 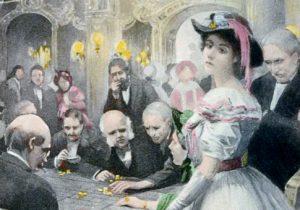 Near the beginning of her newly released lectures on George Eliot's "crowning" novel, Daniel Deronda, Harvard professor emerita Ruth Wisse observes that Eliot's initial presentation of beauty contains a dose of skepticism not ordinarily found in love stories. It is unclear whether the beauty of Gwendolen Harleth, the heroine, draws the observer, Daniel Deronda, toward good or evil. Wisse compares this skeptical approach to beauty to the uncritical approach in the tale Tristan and Isolde, where two lovers fall head-over-heels for one another, never questioning whether the beauty they encounter in each other is good or evil. Wisse remarks to her students that reading Tristan and Isolde "can change your life—perhaps not in the right direction." 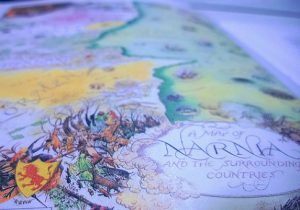 Generations after they were written, The Chronicles of Narnia continue to be read by parents and children the world over. My own children have not only become enchanted by the stories but have also begun to reenact them every time they play together. 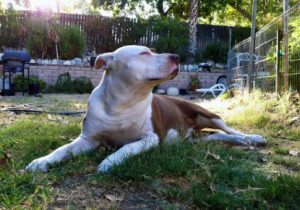 Some years ago, I found myself sitting with three friends outside a bar near a mountain in Phoenix, Arizona. As we surveyed the foot traffic to the desert hills, we saw a surprising number of people with pit bulls. Perhaps motivated by the amount of beer consumed, one of my friends announced that he was going to purchase a pit bull. Another turned to him: “That’s terrible. Those dogs will kill you.” The third chimed in: “What? Those dogs just want to cuddle—they’re over-sized lap dogs.” Neither deterred him in his task, and he recently reported to me that both of our compatriots were wrong that day. Pit bulls are neither killers nor cuddlers. 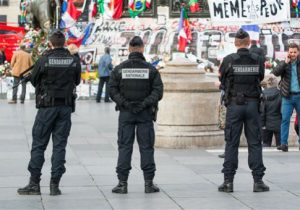 Although the January 2015 terrorist attacks in France now look minor compared to more recent massacres in Paris and Nice, the slaughter at the headquarters of satirical newspaper Charlie Hebdo was at the time the most bloody attack on French soil since the beginning of the twenty-first century. French political philosopher Pierre Manent observes that, while “the rush of emotion evoked by the event was in this case immense,” nevertheless “the acts of war committed in early 2015 ... have changed nothing in our country’s dispositions or in its deliberations or actions.” In fact, the terrorism of early 2015 has merely worsened France’s paralysis, its refusal “to take a defensive position in order not to have to admit that it has put itself in danger.” Manent decided to write Beyond Radical Secularism, released in France in October 2015 and newly translated into English, to identify the root cause of this paralysis in the face of Islamic terror. 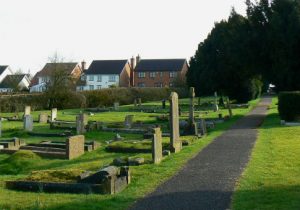 Ours is an age of skepticism and there is nothing more vulnerable to the skeptic than everyday human experience. Tradition and cultural inheritance, which shape human experience, are especially subject to doubt. One need only observe the decline in church attendance and in the number of married women under thirty in Britain, France, and the United States to understand that doubting tradition and custom is more fashionable than embracing them. 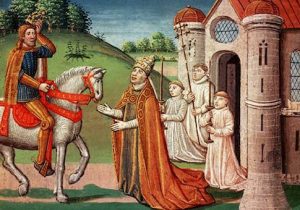 On August 6, 1806, Francis II of the Holy Roman Empire officially abdicated his title and surrendered to Napoleon Bonaparte, who had decisively defeated the emperor and the Russian Tsar Alexander I at Austerlitz six months earlier. The Empire had only six years prior celebrated a millennium of existence, having originated on Christmas Day, 800, when Pope Leo III crowned Charlemagne “most serene Augustus, crowned by God, the great, peaceful emperor ruling the Roman Empire.” As Charlemagne rolled over in his grave, Napoleon forced Francis to dissolve the millennium-old regime and set up in its place the Confederation of the Rhine. 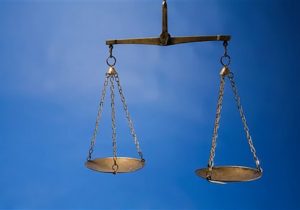 Some astonishing facts: the average human living before 1800 “could expect to make, earn, and consume” about $3 per day. Today, the average Afghan and the average Liberian—residents of two of the poorest countries in the world—spend $33 per day, adjusted for exchange rates and inflation. In the emerging economy of Brazil, real per-person income is “about the same as it was in the world-beating United States in 1941, or in the still-recovering postwar Britain in 1959.” And the average per-person daily income in “well-off free-trade democracies,” which are home to one-sixth of the world’s population, is about $100. In fact, worldwide, “[i]ncome now is thirty to one hundred times more than our ancestors could manage….” 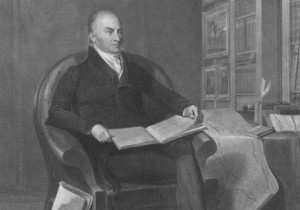 In 1817, the United States under President Monroe was locked in an argument with Spain about who should own Florida. While Monroe’s secretary of state, John Quincy Adams, endeavored to cut the Gordian knot in diplomacy with his Spanish counterpart, an unexpected event and, as it turned out, opportunity presented itself: Seminole Indians on the border of the young United States attacked a convoy and massacred a group of Americans. The president responded by requesting that Andrew Jackson, hero of the Creek Wars of 1812-13, drive the Seminoles south of the border. Jackson did so and more, driving the Spanish out of Florida and bringing the territory under American control. 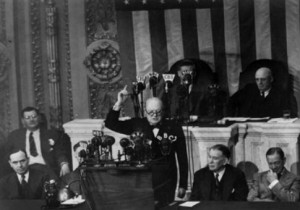 Although Winston Churchill is most revered for his role as prime minister of Great Britain during World War II, it is an episode shortly after WWII that best demonstrates Churchill’s unique combination of wit and pugnacity.
Previous Articles »