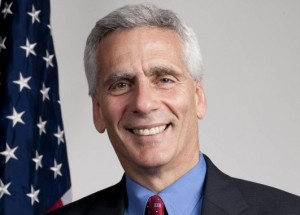 A former top economic adviser to Vice President Joe Biden admitted that the clean energy firms that have received billions of stimulus dollars will not create many long term jobs.

Rep. Joe Walsh (R., Ill.) is calling on Secretary of Labor Hilda Solis to explain why the department posted a series of overtly political posters throughout the building.

The report on arms proliferation covering 2011, made public by the Office of the Director of National Intelligence (ODNI), reveals that Iran has produced 4,900 kilograms of low enriched uranium. “Iran continued to expand its nuclear infrastructure and continued uranium enrichment and activities related to its heavy water research reactor” contrary to U.N. resolutions, the report says.

A now-disgraced pill-popping Democratic Tennessee judge was having sex and buying prescription pills during courtroom breaks, an investigation has found.