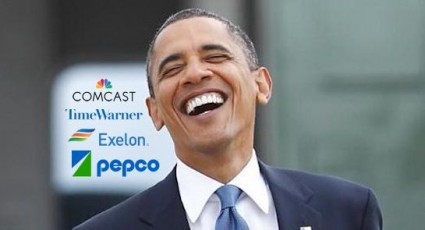 The Obama business empire continues to expand. Earlier this week, Chicago-based utility giant Exelon announced that it was buying the Washington, D.C.-based utility giant Pepco Holding for $6.83 billion. The decision comes at a time when Exelon finds it necessary to dispel rumors that it is seeking a bailout from the Illinois state government to prop up its struggling nuclear power plants. The deal would create a corporate behemoth serving some 10 million customers worth about $26 billion. Exelon has dedicated $100 million for a investment fund for Pepco customers that will provide assistance for low income customers, and fund a variety of “energy efficiency measures.” Both companies have long histories of giving money to Democrats. Since 2008, Pepco (and its political action committee) has given at least $688,338 to political candidates and committees, almost all of which ($617,813) has gone to Democrats. Exelon (and its political action committee) has given more than $2.8 million to Democrats during that same period. 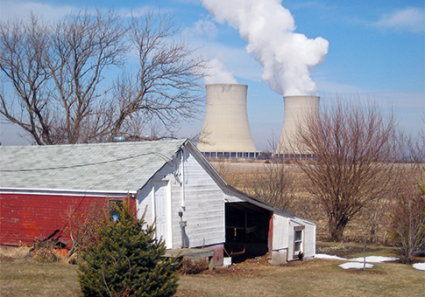 A Chicago-based power company with ties to the Obama administration faced questions about its ties to Obama officials Tuesday morning at a shareholders meeting.

President Barack Obama used the power of regulation and stimulus to aid an early political supporter, according to the New York Times.

The Obama administration is using prison labor to advance its green energy agenda, enriching foreign companies and some of the president’s largest campaign donors in the process.