The American people deserve an answer

The Washington Free Beacon news analysis desk made a startling discovery earlier this week while reviewing footage of one of President Joe Biden's recent press conferences. They noticed a strange discoloration, presumably some form of discharge, on the inner lining of the president's face mask. 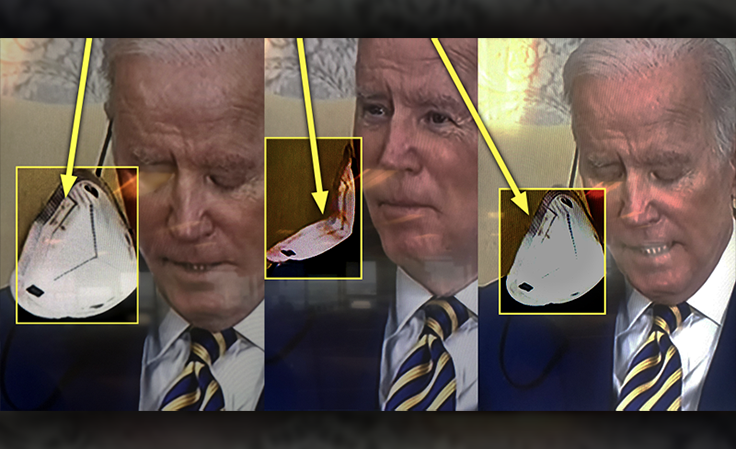 The disturbing sighting prompted further investigation and raised a number of questions to which the American public deserves definitive answers. We were quickly able to determine that this was not the first time Biden has defiled his mask with a brownish-yellow discharge of unknown origin. The following photo, for example, was taken several weeks ago. (In what may or may not be a coincidence, Biden appears to be wearing the same tie.) 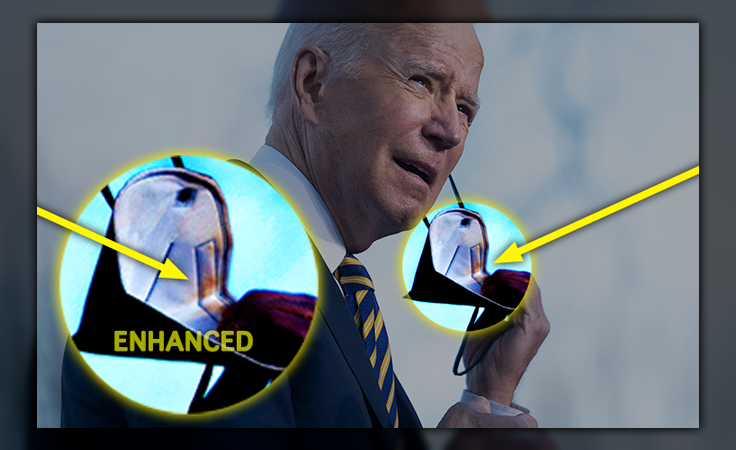 What is that? Our investigation began with some internet research. Alas, a Google search for "dementia face leakage" returned some helpful advice for managing incontinence in seniors, but nothing that could explain why Biden keeps soiling his mouth diaper.

Pulmonary tuberculosis, sometimes referred to as "consumption," was another option we considered. As we all know from watching Hollywood films, coughing into handkerchiefs was once a popular method for diagnosing the disease. Spots of blood on a pure white handkerchief was bad news, perhaps a sign of imminent death.

Is that what the White House is trying to hide? Dying on the job would be an incredibly irresponsible thing to do, especially since Biden chose one of the least likable, least competent politicians in the country (Kamala Harris) to be his vice president. Further investigation is required.

Perhaps Biden is experiencing the side effects, common or otherwise, from a cosmetic procedure of some kind. According to the New Jersey Hair Restoration Center, "some leakage from the scalp is expected" after receiving a hair transplant, or "hair plugs," a procedure Biden has obviously undergone at least once. But that would not explain the apparent leakage from his nose and mouth area.

That doesn't mean we are ruling out cosmetic alteration. In fact, advanced analysis suggests the filthy discharge might be the result of Biden wearing makeup or bronzer in a pathetic attempt to project strength through handsomeness, a tactic used to great effect by his predecessor, Donald Trump. Operating under the assumption that being a ginger does not preclude one from wearing makeup, we decided to see if White House press secretary Jen Psaki has ever soiled her mask in a similar fashion. As it turns out, she has! 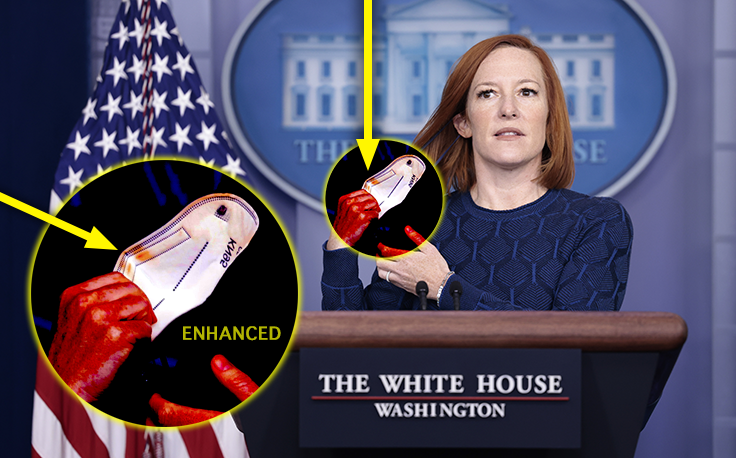 Regrettably, the Free Beacon was unable to draw any definitive conclusions as a result of our preliminary analysis. We have our suspicions, but airing them publicly in the absence of further analysis would violate our principled commitment to scientific accuracy and journalistic integrity. None of the likely explanations, if true, would reflect particularly well on Biden, and would only serve to further humiliate the United States at a time when our enemies are already emboldened by the president's historic weakness.