Survivors: ‘It is time to hold these websites accountable’

More than 100 sex trafficking victims and advocacy groups are asking Sen. Ron Wyden (D., Ore.) to stop trying to block a bipartisan bill that would give families of victims and states the ability to sue websites that allow advertisements selling sex with minors on their platforms.

After the Commerce Committee unanimously passed the measure in mid-November, Wyden placed a hold on the measure, arguing that it could harm start-up Internet companies, the tech economy, and innovators.

Victims and their advocates sent Wyden a letter Wednesday, demanding that he remove the hold "immediately."

"It is time to hold these websites accountable for the harm that they cause," they said.

Those signing the letter include dozens of individual sex-trafficking survivors, as well as several national advocacy groups, including the Salvation Army, the Organization for Prostitution Survivors, Trafficking Justice, and Survivors for Solutions.

The bill is needed because classified ad sites have made sex-trafficking easier to accomplish and more difficult to prosecute, advocates say.

"Every day, thousands of women and children are marketed and purchased online with ease and impunity," they wrote. "It is as easy to order sex with children and exploited adults online as it is to order a pizza."

A Wyden spokesman did not return a request for comment.

Wyden’s hold cannot stop the bill from becoming law, but serves to stall progress and force Senate leaders to use up valuable floor time debating it instead of passing it by unanimous consent. The bill's backers say they are happy to have the public debate and are confident it will pass with broad bipartisan support.

Sens. Rob Portman (R., Ohio) and Richard Blumenthal (D., Conn.) are the measure's main sponsors. The bill has attracted a total of 50 cosponsors in recent weeks, including 19 Democrats.

Wyden helped write the 1996 Communications Decency Act, a provision of which the measure would alter. He also has authored legislation aimed at curbing sex trafficking. He spoke out at against it at a September Commerce Committee hearing and reiterated his concerns in November.

"Having written several laws to combat the scourge of sex trafficking, I take a backseat to no one on the urgency of fighting this horrendous crime," he said in mid-November. "However, I continue to be deeply troubled that this bill's approach will make it harder to catch dangerous criminals, that it will favor big tech companies at the expense of startups and that it will stifle innovation."

Powerful Silicon Valley forces, such as Google and Facebook, previously opposed the measure, arguing that it erodes Internet freedom and places too much liability on websites.

However, those companies appeared to back down when the Internet Association, which includes Google and Facebook as members, backed the bill following technical modifications that made clear that state attorneys general would need to use federal law, not state law, as the basis for their lawsuits.

That support came just days after Facebook, Twitter, and Google executives appeared on Capitol Hill during hearings scrutinizing their role in allowing Russia propaganda to flow on their sites during the election.

Google has not said publicly whether it now supports the modified bill.

Sen. Kamala Harris, a Democrat from California, supported the bill only after the Internet Association announced its support.

Harris attempted to prosecute Backpage as California attorney general, and had asked Congress to go even further in changing federal law to allow such lawsuits to move forward.

The National Center on Sexual Exploitation criticized Harris’ reticence over the past few months on the bill and questioned whether Google and their donations to her were influencing her decision to stay on the sidelines for month until announcing her support last week. 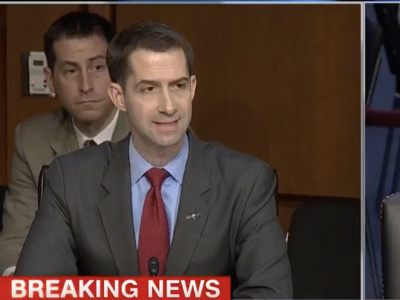 Cotton Names Democrats Who Supported Brennan for CIA in 2013, Despite His Senior Position During Bush Administration 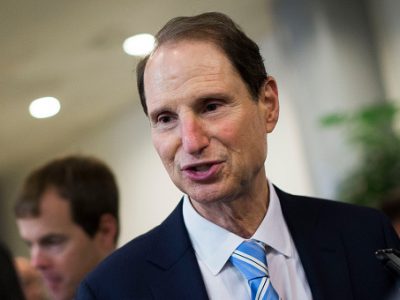 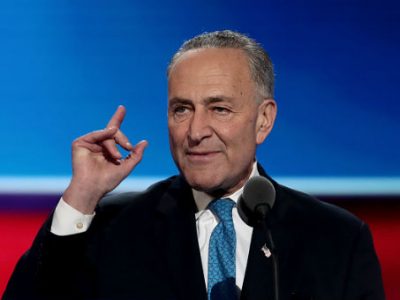 Schumer: Republican Tax Plan ‘Socks It to the Middle Class’