President Trump is still waiting for the Senate to confirm several of his Cabinet nominees one month after he was inaugurated.

"We're using everything we can to stop these awful nominees," Senate Minority Leader Chuck Schumer (D., N.Y.) said at a press conference earlier this month.

The same day, Trump decried "obstruction by Democrats" for delaying confirmation votes to fill his Cabinet.

"It is a disgrace that my full Cabinet is still not in place, the longest such delay in the history of our country. Obstruction by Democrats!" the president tweeted on Feb. 7.

When Obama was in the White House, Democrats said Republicans went to unprecedented lengths to stop his agenda–not just to fill his Cabinet but more broadly.

"No president in U.S. history has faced the level of obstruction that Barack Obama has," read a 2014 email from the Democratic Congressional Campaign Committee. In parentheses, the group added: "(It's not even close at this point)."

So did Obama or Trump face more obstruction to fill their Cabinet?

Below is a comparison of Trump and Obama's Cabinet nominees. 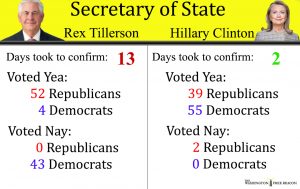 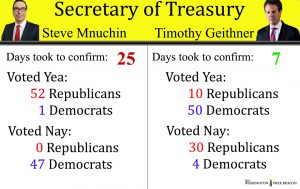 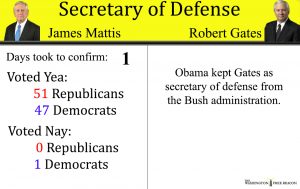 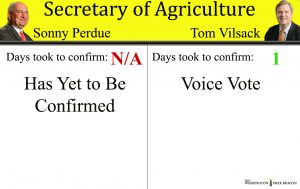 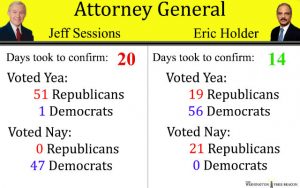 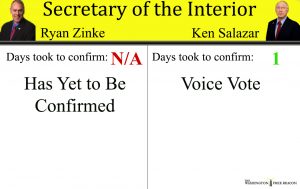 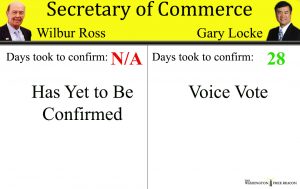 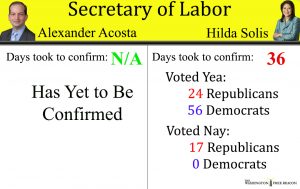 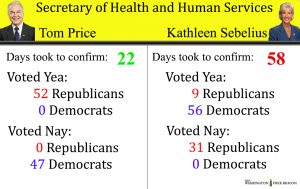 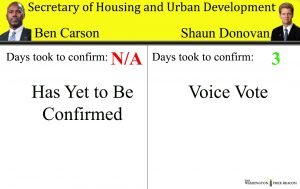 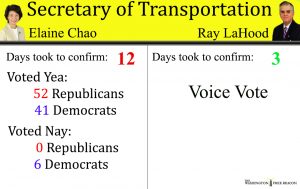 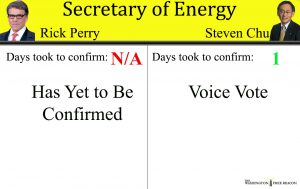 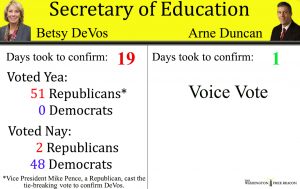 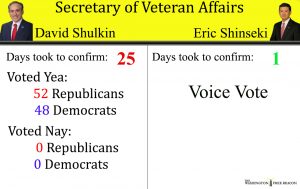 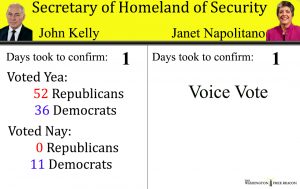 *Inauguration Day for the president counts as the first complete day in calculating how long it took to confirm each nominee–except for nominations that were not the president's original choice. For these individuals, day one counts as when the president announced his new nomination.

*For Trump's nominees, two Independent senators, Angus King (I., Maine) and Bernie Sanders (I., Vt.), are counted as Democrats.

*For Obama's nominees, two Independent senators, Joe Lieberman (I., Conn.) and Bernie Sanders (I., Vt.), are counted as Democrats.