CEO of Obama Tourism Board Steps Down Ahead of Report Exposing Lavish Dance Parties, Tickets to Nationals Games, Free Rides on Amtrak

The partially taxpayer-funded corporation to promote tourism, Brand USA, has released an overdue annual report detailing lavish parties for some of the nation’s top tourism executives.

The move comes just days after the resignation of Brand USA’s CEO.

"Washington tried to create a travel promotion agency in the 90's, and it was abandoned when everyone realized it was a waste and duplication over what the private sector was already doing," Sen. Jim DeMint (R., S.C.) said in a statement to the Free Beacon. "Brand USA has fared no better early on, dragging their feet on oversight requests, lavish parties, staff shakeups, fundraising problems, and questionable ad campaigns."

"There's no bigger brand around the world than the U.S.A., people already want to travel here," DeMint continued. "The problem is that we make it harder than it needs to be with an inefficient visa process, but somehow they think taxing travelers will help the situation?"

"Brand USA [took] center stage at ITB Berlin in the USA Pavilion with an impressive welcome area and lounge for attendees to network and learn more about travel and tourism opportunities," the corporation said in its annual report. "The organization [capped] off its participation at the industry tradeshow by hosting a block party for trade-show participants highlighting U.S. culture with food, music, and dance."

According to the report, Amtrak also gave Brand USA box seats at Nationals Park valued at $6,181, train tickets valued at $1,884, and technology services valued at $6,800. The Nationals box seats were listed as an "in-kind" contribution from Amtrak.

Amtrak Chief Marketing Officer David Lim is one of Brand USA’s 11 appointed board directors. As previously reported by the Free Beacon, Brand USA’s board was appointed by the Commerce Department’s White House liaison, a former Obama campaign coordinator, and is composed of business leaders with significant ties to Democrats.

Brand USA board chairman Stephen Cloobeck donated heavily to a Super PAC run by operatives tied to Senate Majority Leader Harry Reid. Another Brand USA board member is a bundler for the Obama campaign. The federal government heavily subsidizes Amtrak. One of its major supporters is Vice President Joe Biden.

Meanwhile, Brand USA CEO Jim Evans resigned last week after a little more than a year in the position.

The political ties of Brand USA’s board, its predilection for extravagant parties, and its shaky performance has put the corporation in the sights of fiscal hawks in Congress.

Brand USA first drew attention from DeMint for sending its board members to England for a business meeting. That business meeting lasted only two hours and was followed by a VIP launch party. Video of the party was later put on the organization’s Facebook page.

A spokeswoman for Brand USA said Evans’ resignation and the congressional probe were not related. The press release from Brand USA did not elaborate on why Evans had resigned.

"We thank Jim for the time, energy and passion he has brought to establishing this enterprise," said interim CEO Caroline Beteta.

"Brand USA has hit critical milestones in its development and now is at an important transition point. Our focus going forward is to build on the momentum the organization has established by increasing and deepening our partnerships with the travel industry, building out co-op marketing opportunities to attract increased private-sector funding, and enhancing our responsiveness and communications with our government partners."

Brand USA did not immediately return a request for comment on its annual report. 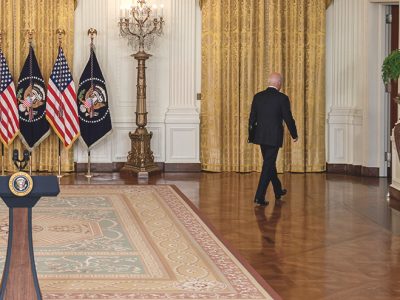