Administrators and campus security told students at California’s Modesto Junior College that they could not hand out copies of the Constitution to fellow students on Constitution Day.

The attempt by Megan Rainwater and Robert Van Tuinen to hand out copies of the Constitution was shut down on Tuesday by campus officials. They were told they would only be able to pass out the Constitution in the college’s free speech zone, and only after scheduling it ahead of time.

In the exchange that was captured on video, a campus police officer approaches the students and tells them to stop handing out the Constitution.

"Why are there rules tied to my free speech?" Van Tuinen asks the officer.

The officer responds that there is a "process" he has to go through.

Both Van Tuinen and the officer then proceed to the Student Center. He is then told by an administrator that the college has a "time, place, and manner."

Van Tuinen was then was referred to the vice president of Student Services.

Van Tuinen said he was "very surprised" at being told he couldn’t hand out copies of the Constitution this week.

"The Constitution is the highest law in the land—it allows me to talk to fellow students," he said.

According to Van Tuinen, he gave away around 50 copies before he was shut down. He said he "didn’t know" about the restrictions nor did he "plan to get shut down." He indicated that he didn’t fill out the paperwork because he thought it applied to holding events, and he was just handing out copies.

"The idea that I can’t pass out Constitutions is really ridiculous," Van Tuinen said. Other students he has spoken to and who have seen the video are confused about the college’s actions, according to Van Tuinen.

"What the school did is just plain wrong," he said.

The Foundation for Individual Rights in Education agreed with Van Tuinen.

"The video of Modesto Junior College police and administrators stubbornly denying a public college student’s right to freely pass out pamphlets to fellow students—copies of the Constitution, no less!—should send a chill down the spine of every American," said Robert Shibley, senior vice president of FIRE.

FIRE’s letter told Stearns that the college’s actions are unconstitutional.

Stearns did not respond to a request for comment.

Shibley said Modesto Junior College is clearly in the wrong. "Your right to engage in free speech in this country is not contingent on the contents of some bureaucrat’s binder, and the fact that two people on campus are currently speaking their minds doesn’t mean you can’t," said Shibley.

"Virtually everything that Modesto Junior College could do wrong, it did do wrong. It sent police to enforce an unconstitutional rule, said that students could not freely distribute literature, placed a waiting period on free speech, produced an artificial scarcity of room for free speech with a tiny ‘free speech area,’ and limited the number of speakers on campus to two at a time," Shibley said.

Calling it "outrageous from start to finish," Shibley said, "every single person at Modesto responsible for enforcing this policy should have known better."

Van Tuinen said he doesn’t foresee handing out any other material for a while but does plan on forming a chapter of Young Americans for Liberty at the college. 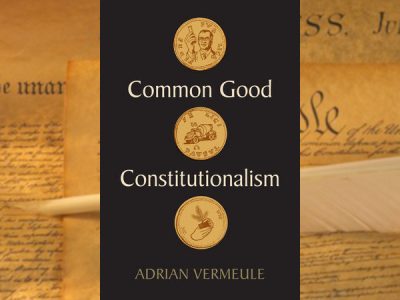 Too Good to Be True: The Virtues and Vices of Common-Good Constitutionalism 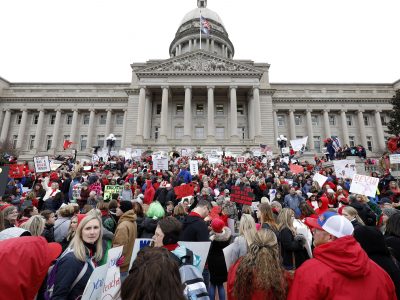 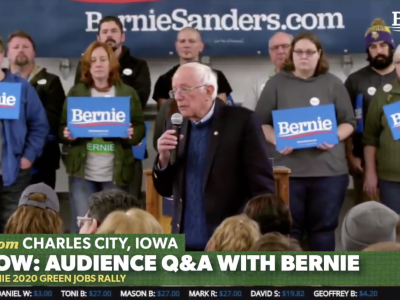