Strickland fielded questions from reporters about the racial insensitivity of the fortune cookie stunt outside of the Republican National Convention in Cleveland.

The Strickland campaign has been promoting the cookies on social media. Strickland himself drew attention to them at a press conference with Rep. Debbie Wasserman Schultz (D., Fla.), the chairwoman of the Democratic National Committee, and Rep. Ruben Gallego (D., Ariz.). The press conference was organized to highlight presumptive GOP nominee Donald Trump’s "dangerous national security proposals."

Speaking to reporters after the news conference, Strickland was asked by an attendee whether he is "concerned that the use of fortune cookies might be racially insensitive."

"No," Strickland told the group of reporters. "When I say that he’s the best senator that China ever had, I’m not saying anything bad about China."

When pressed by the reporter about fortune cookies being an American invention, Strickland responded, "But we associate them with what you get when you go to a Chinese restaurant."

A campaign aide abruptly escorted Strickland out of the room following the exchange.

The origin of fortune cookies is hazy, but they became popular in California in the early 1900s. The families of Japanese or Chinese immigrants are believed to have invented the cookies. The billions of fortune cookies produced each year are almost all made inside the United States, and they are not served at restaurants in China.

The Strickland campaign has seized on Portman’s record in Congress in the 1990s as evidence that he is the "best senator China ever had." The campaign has criticized Portman for voting for the continuation of normal trade relations between the United States and China in July 1999, accusing him of "selling out" Ohio.

The Portman campaign has described the accusations as misleading and pointed out that Strickland, who also served in Congress, twice voted against revoking the "Most Favored Nation" status for China in 1993 and 1994.

The campaign cookies began turning up in Cleveland on Sunday, the eve of the RNC convention. The cookies contain paper fortunes that say "Rob Portman: The Best Senator China’s Ever Had," according to photos posted to social media.

Monday morning’s press conference was one of several events organized by Democrats in the area to criticize Trump.

Speaking to reporters, Strickland acknowledged that he and Trump share similar views on trade, but said Trump’s rhetoric cannot be trusted.

"His rhetoric agrees with much of what I believe, but his actions do not," Strickland said, adding that Trump has railed against jobs being sent overseas but has used cheap overseas labor to produce his own products. The Trump store inside Trump Tower in New York City sells teddy bears and T-shirts made in China, ABC News reported last year.

This is pretty funny. SPOTTED at #RNCinCLE: @robportman is the best senator china ever had fortune cookies #ohsen https://t.co/WB1RGQukJz

A guy in Cleveland dressed like a guy from DC just handed me this. pic.twitter.com/saNqQggn7W 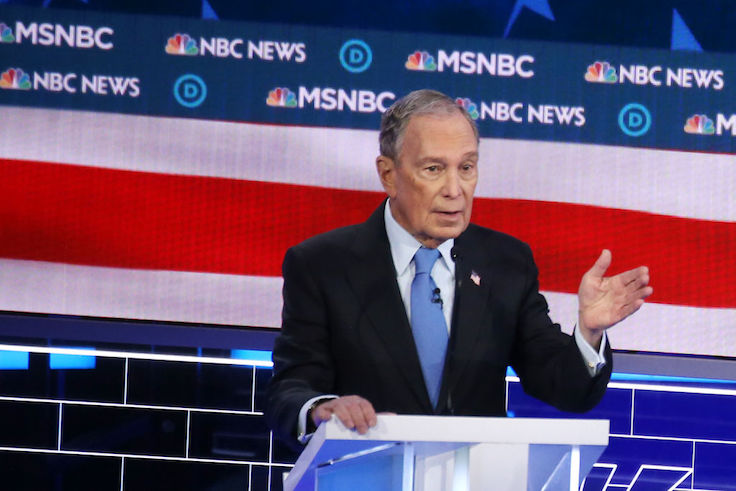