Mrs. Obama is again using hashtags, this time to promote her drink water campaign, and is encouraging individuals to post photos of themselves drinking water on social media.  The campaign, which is based on faulty science, is a joint initiative with Mrs. Obama’s anti-obesity group Let’s Move and a Partnership for a Healthy America (PHA).

From the Let’s Move blog:

PHA is now challenging everyone to spread the word about water and how it powers you during life’s important moments. Whether it’s finishing a race, helping your kids through a big test, or sitting down for a family meal, share how water is part of your life using the hashtag #spreadthewater on Twitter and Instagram.

Two of our favorite furry friends at the White House are even joining the effort to #spreadthewater!

The blog then displays a video featuring an underwater camera shot of Sunny or Bo drinking water out of a dog bowl, not the first time the first lady has encouraged American citizens to be more like their dog.

Let’s Move also attributes the greatest accomplishments of historical figures to the fact that they drank water:

Drinking water is a simple choice that each of us can make every day to be healthy, and yet it doesn’t get the credit it deserves for its humble, yet influential role in peoples’ lives. Check out how water was part of important moments for Albert Einstein and Muhammad Ali. 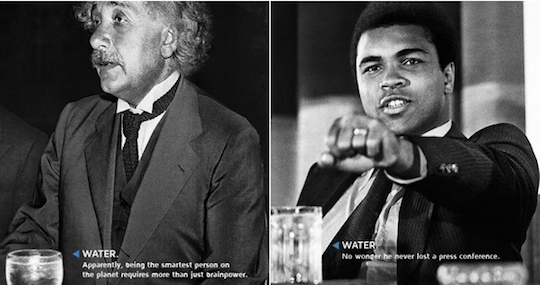 Water is far too modest to talk about itself, but it’s always been in the background, enabling everyday milestones.  From helping us get through marathon work meetings to being there when the winning goal is scored to being a part of Muhammad Ali’s victories, Audrey Hepburn’s iconic style, and Albert Einstein’s intellect, water was there.

"Now you can join in and share how water helps power the moments in your life," the website said.

The campaign also suggests that Audrey Hepburn would have been nothing if not for drinking so much water. 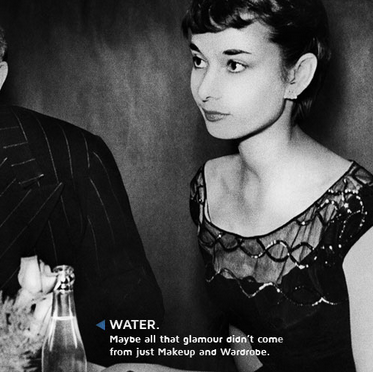