Hillary Clinton told a State Department aide to send her information using "nonsecure" channels, according to an exchange included in a batch of emails released by the agency Friday.

"They say they’ve had issues sending secure fax. They’re working on it," Sullivan wrote of the forthcoming information in an email dated June 17, 2011.

"If they can’t, turn it into nonpaper [with] no identifying heading and send nonsecure," Clinton wrote Sullivan in response the same day. 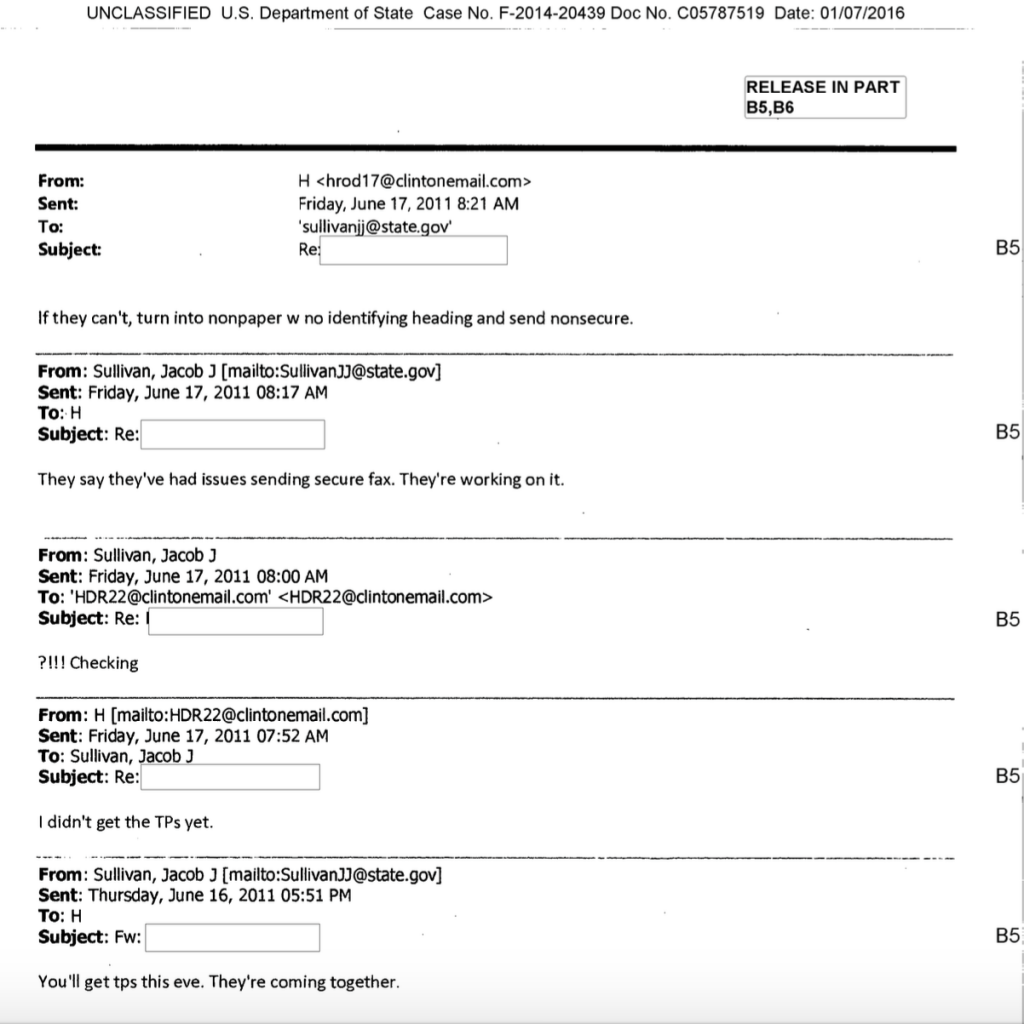 It is unclear from the email exchange whether the information being discussed was classified. Sullivan currently serves as a foreign policy adviser to Clinton’s presidential campaign.

The State Department has periodically been releasing batches of Clinton’s emails after it was revealed last March that Clinton exclusively used a personal email account to conduct government business during her time as secretary of state. Her personal server has been found to have been vulnerable to hackers.

The FBI has been investigating Clinton’s email set up since the intelligence community inspector general determined that two emails held on her server contained top secret information. Despite disputes from the State Department and the Clinton campaign, an intelligence review confirmed that both messages were of the highest classification at the time they were sent, Fox News reported last month.

If found to have knowingly sent or received classified information in a location not authorized by the government, Clinton could face criminal prosecution.