Obama deputy campaign manager Stephanie Cutter has become one of the most recognizable faces of the Obama reelection campaign—but that is not necessarily a good thing for the president.

A cavalcade of televised blunders has marked Cutter’s stint as a prominent Obama surrogate.

What’s more, Glenn Thrush reports in the e-book "Obama’s Last Stand: Playbook 2012" that Cutter’s tenure has not been smooth in Chicago, either.

"Aggresiveness and persistence were Cutter’s calling cards," Thrush writes. "Even people who liked her found her tough to work with in the heat of a campaign."

Arguments between Cutter and senior campaign adviser David Axelrod have become so heated, in fact, that the two "were barely on speaking terms" after Axelrod perceived Cutter "being too aggressive" and "overstepping her authority as a deputy," according to aides.

Cutter’s rise has occurred despite the fact that she is a reliable source for campaign blunders.

Here are five of Cutter’s biggest gaffes so far this year:

1. Cutter conceived the ill-received Obama rally on the steps of the Massachusetts State House.

"Cutter, with her deep connections in the Boston media market, pushed for a bold show of force, a powerful visual, proposing a rally by Democrats on the steps of the Massachusetts State House. That would bring the fight to Romney, she argued, whose campaign headquarters were housed in a nondescript commercial building squatting on the North End waterfront. Things went quickly awry. The rally was supposed to take Team Mitt by surprise, but news leaked to the local media—and Chicago decided to push ahead with the outdoor event, even though relocating it to an indoor venue would allow them to screen the crowd for disruptive Romney commandos. […]

"Obama, who wasn’t consulted about the event beforehand, couldn’t believe what he was looking at when he saw the video of Axe shouting to be heard in Boston, according to several Democrats close to the campaign. ‘What was that?’ he asked, according to two people close to the situation. Later, he described what he had seen as ‘a spectacle.’ ‘We’re not going to do that kind of thing again, are we?’ he added."

2. It was Cutter who suggested Mitt Romney was either a liar or a felon.

Despite the assurance from President Obama Monday that "nobody accused Mitt Romney of being a felon," on a July campaign conference call Cutter said there were only two ways to consider Mitt Romney’s departure from Bain Capital, according to Buzzfeed:

Obama deputy campaign manager Stephanie Cutter suggested that Mitt Romney may be a criminal on a conference call with reporters this morning about a Boston Globe report that shows that Romney stayed at Bain Capital three years past when he said he'd left.

Cutter said that there were two ways to interpret the story. The first: Mitt Romney was "misrepresenting his position" at Bain to the Securities and Exchange Commission, "which is a felony."

3. Cutter said she did not "know the facts" of the death of a woman from cancer that were described in an Obama Super PAC ad—and on a campaign conference call that Cutter hosted.

"I don’t know the facts about when Mr. Soptic’s wife got sick, or the facts about his health insurance, but here’s what I do know: that Mitt Romney personally handled the deal to take over GS Steel," Cutter said in a CNN appearance earlier this month, regarding the ad released by the Obama-affiliated super PAC Priorities USA, which suggested Mitt Romney was somehow responsible for a woman’s death from cancer.

However, the man in the Priorities ad, Joe Soptic, appeared in a May campaign ad as well as a conference call hosted by Cutter. During the call, according to Politico, Soptic told the same story about his wife.

5. Cutter touted the Buffett Rule and tax hikes for the wealthy while wearing a $1,000 jacket.

Cutter described the economic struggles of working-class women and stay-at-home mothers in an April CNN interview—while clad in a Vince leather jacket that retails for $1,050. 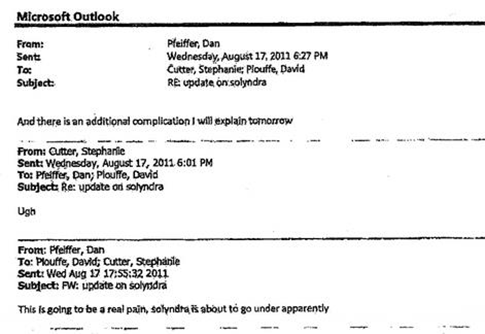 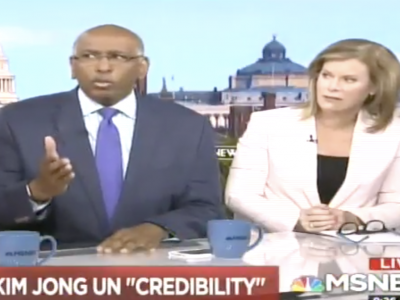 Cutter: Clinton Should Have Called All of Trump’s Supporters Deplorable