DeSantis, speaking at a press conference, said he will sign an executive order which calls for the state education commissioner to complete his review of the new curriculum by Jan. 1, 2020. Frustration with Common Core is what caused him to call for a new education program, the newly-inaugurated governor said.

"I had a lot of parents who were frustrated because they didn’t understand some of the math. So let’s try to get this right. We want to be very high quality, we want to demand excellence, but I think we want to do that in a way that’s responsive to some of the concerns we’ve had over the many number of years," DeSantis said.

DeSantis added that the new curriculum will stress educating students in American history.

"You really need to understand what makes America the country it is," he said. "We’re not a country where everyone has the same religious denomination or the same ethnic heritage. What unites, or what’s supposed to, is the ideas and certain principles that the country was founded on, that you see reflected int he Constitution, that have really been the focal points for a lot of the great debates we’ve had in the country’s history."

DeSantis also said he wants education that makes students "not only prepared for a career or for higher education," but also "prepared to discharge the duties of citizenship."

According to the executive order, the new plan seeks to return Florida to the "basics of reading, writing and arithmetic," as well as "identify opportunities to equip high school graduates with sufficient knowledge of America’s civics, particularly the principles reflected in the Unites States Constitution, so as to be capable of discharging the responsibilities associated with American citizenship," and "outline a pathway for Florida to be the most literate state in the nation."

In 2017, the Sunshine State ranked 40th in K-12 education, the Miami Herald reported.

An Infamous Florida Man Is in Biden DOJ’s Crosshairs 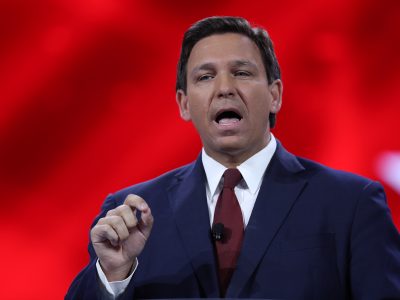