West Virginia Sen. Joe Manchin did not join fellow Democratic lawmakers who met Wednesday with President Obama on Capitol Hill to discuss ways to save the Affordable Care Act from Republican efforts to repeal it.

Manchin told MSNBC's Morning Joe earlier that day he could not attend the meeting "in good conscience."

"If anyone listened and paid attention to what the American people said when they voted, they want this place to work," Manchin said to host Joe Scarborough. "Can you imagine … we have the outgoing president coming up here today to talk to only Democrats. We have the incoming vice president coming up to talk only to Republicans.

"Joe, that's not what makes this place work, and that's really what's wrong with the place," he added.

According to Manchin, 172,000 West Virginians have received health care under the Affordable Care Act for the first time.

"It's not perfect, we have a lot of repairing to do," he said, comparing a repeal of the law to "throwing the baby out with the bathwater." He noted that Vice President-elect Mike Pence had Medicaid expansion in Indiana, where he is governor of the state.

"I'm willing to look at replacing, repairing, doing anything that we can to make it better. But put something on the table," Manchin said, echoing many Democrats who are concerned that Obamacare will be repealed without finding a proper replacement.

"I just can't believe the Republicans would go down this path and just throw it out and say, ‘Trust us, in two or three years, we'll fix it,'" Manchin said.

"Joe, I've been here for six years, we haven't fixed very many things. And anyone who has trust or believes that we will fix it, they're living in fantasy land," Manchin said. 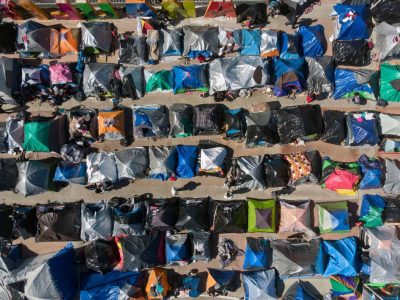