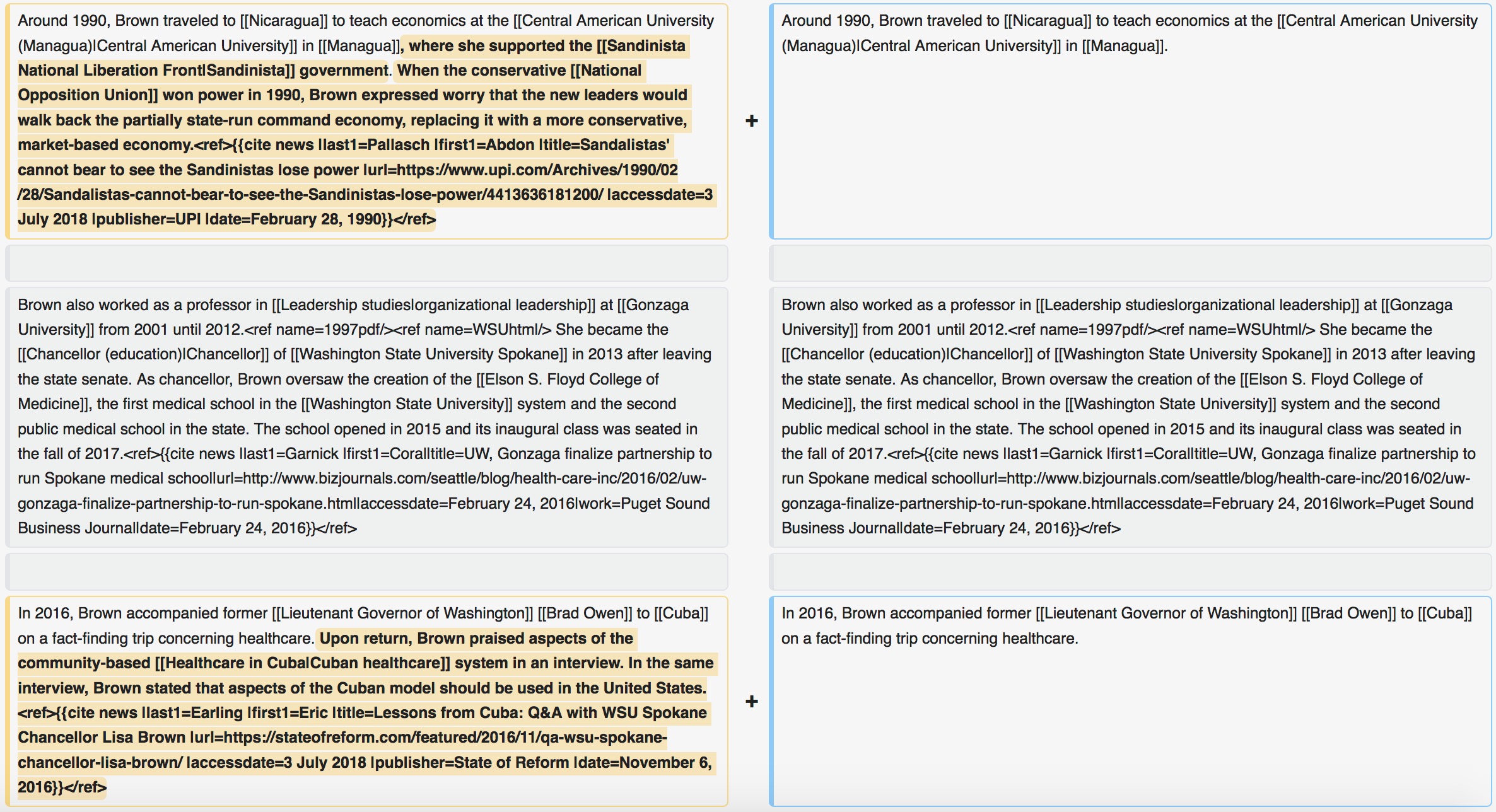 The host of the IP address attached to the edits is mail.gmmb.com. The website for GMMB is gmmb.com.

FEC disbursements reveal that Brown's campaign paid for the services of GMMB from last September to July.

One of the edits concerned a trip to Cuba in 2016 in which Brown joined former Washington lieutenant governor Brad Owen to examine the country's health care system. Brown seemed to be impressed by it and said the United States could take lessons from Cuba's neighborhood-based clinics.

The other edits related to Brown's time in Nicaragua in the early 1990s. Brown has admitted to working in "opposition to U.S. policy in Central America" while teaching at the University of Central America.

Brown worked in Nicaragua in 1990, teaching a macroeconomics seminar at the University of Central America and was "one of hundreds of so-called 'internacionalistas,' cooperating with Nicaragua's outgoing Sandinista government by offering technical skills."

An article from the time noted that Brown's "brand of economics is not the free-market kind embraced by the conservative UNO [National Opposition Union] coalition." She also said that she liked Nicaragua's mixed economy, "in which banks and other institutions are state owned."

On the way to a march led by then-defeated president Ortega, Brown and other activists shouted, "Viva la revolución."

Over the past few days, a Wikipedia user named Mrforster1 has edited Brown's Wikipedia page on multiple occasions to remove information related to her time in Cuba and Nicaragua.

This is not the first time someone associated with Brown's campaign has edited her Wikipedia page. In July, Brown's husband, Brian McClatchey, deleted the section of her page claiming that, "in 1993, Brown voted in favor of one of the largest tax increases in the state's history."

McClatchey claimed the language he deleted wrongfully characterized allegation as a fact. The Inlander explained the context of the revision:

The Wikipedia article was referencing a Spokesman-Review story from 1996, where Brown's opponent claimed the tax increase was the highest in state history. Back then, according to the Spokesman article, Brown argued that her vote had been "mischaracterized" and was necessary to balance the budget. [...]

Don Gutmann, researcher for the Washington Department of Revenue, says that tax increases in 1935—when the state's tax structure was created—and the tax hikes in 1982 and 1983 were likely larger.

But yes, 1993 was a big one. The Kitsap Sun referred to the 1993 tax increase as the largest in a decade. And the hikes sparked a backlash; voters that year passed an initiative that required a two-thirds supermajority from the Legislature to raise taxes.

Neither GMMB nor the Brown campaign returned requests for comment.