New York City Mayor Bill de Blasio (D.) forced his fellow plane passengers to wait on the tarmac while he and his campaign team deboarded on Thursday so the mayor could make an appearance on The View.

The New York Post reported de Blasio made Delta passengers wait for 10 minutes on the tarmac after their flight landed so the mayor and his team could be the first off the plane.

Passengers on the plane were not pleased with the mayor's actions, according to interviews conducted by the Post.

"This is just a continuation of the rudeness and the bluntness of his performance last night," one passenger said.

De Blasio's performance during Wednesday's debate has been widely panned by political pundits and voters. During the debate, de Blasio faced protests from activists over not prosecuting or firing the police officer involved in the death of Eric Garner.

The second-term mayor also faced questions from moderators over his oversight of New York City's public housing department, which has recently been put under federal supervision because of decrepit living conditions.

According to the report, the mayor and his campaign officials reportedly sat at the back of the plane, so a flight attendant made an announcement requesting all passengers stay seated so de Blasio could leave first.

A third passenger shook his head at the mayor's request and said, "I don’t think it’s the best thing because we all have places to go."

De Blasio, who was also late to the boarding process before departure, is not on track to make the third round of debates in September. President Donald Trump has a higher favorability rating in New York than His Honor. 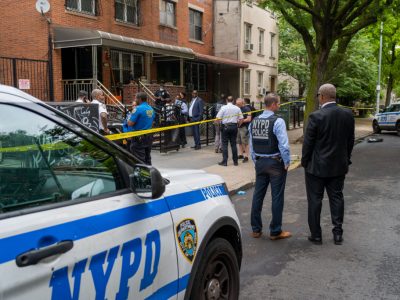