Abrams: White House Staff Needs to be Loyal to Each Other, Not Just to the President

Elliott Abrams, who served in senior foreign policy positions in both the Reagan and George W. Bush administrations, said Tuesday that the White House staff owes loyalty to one another, not just to President Donald Trump.

Abrams was being considered for the role of deputy secretary of state, the State Department's second highest position, but Trump reportedly passed him over for critical comments he made about the president during the campaign.

Abrams told CNN host Brooke Baldwin that he believes loyalty is missing inside the Trump administration.

"The loyalty to him [Trump] seems pretty strong, but you know, it's more than that," Abrams said. "The loyalty to the president can't just be, ‘We'll knife each other, but we won't knife you.'"

"There's got to be a sense among the staff, nobody does this, we all take care of each other," Abrams explained. "Loyalty to the president means, ‘We are not constantly trying to screw other members of the staff and get advantage over them,' and that's what you're not yet seeing."

Abrams also said that in past administrations, any staffer who tried to damage another staffer for their own gain would be removed from their post.

Abrams expressed concern for the Strategic Initiative Group, which answers to top Trump aide Stephen Bannon, who serves as White House chief strategist. Abrams added that the group should not be publicly talking about foreign policy decisions. 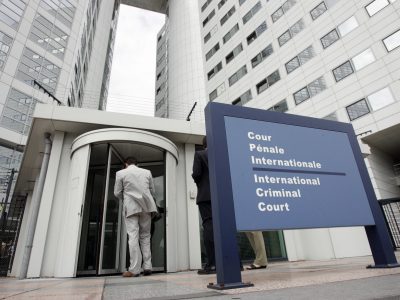