Michael Yon, a war photographer and writer who embedded with U.S. and allied troops in Afghanistan during the 2000s, honored two fallen soldiers by naming a phenomenon he often captured on film.

Yon was responsible for naming the phenomenon that occurs when the rotors of a helicopter come in contact with sand or dust when taking off or landing in sandy environments and create a glowing halo, which he often captured in photographs on the battlefield in Afghanistan.

Yon, whose naming of the phenomenon was recently profiled by PetaPixel, dubbed the halo the "Kopp-Etchells Effect" after two fallen soldiers who were killed in Sangin, Afghanistan, in 2009: U.S. Army Ranger Benjamin Kopp and British soldier Joseph Etchells.

Yon, himself a former Green Beret, wrote in an August 2009 blog post that he spent two weeks searching for a name for the halo effect before settling on the moniker.

"And so a fitting name had arrived to describe the halo glow we sometimes see in Helmand Province: Kopp-Etchells Effect, for two veteran warriors who died here in Helmand, Ben on the 18th, Joe on the 19th of July in the year 2009," Yon wrote. "It’s not hard to imagine the two Corporals have already linked up and regrouped, and in sense they have. Knowing combat soldiers, it’s easy to imagine them laughing away at the idea."

"The Kopp-Etchells eponym can be seen as a cynosure for the many who have gone before the Corporals, and those who will follow," he wrote.

The Sangin district, located in the Helmand Province, was one of the bloodiest locations for U.S. and British troops fighting to liberate Afghanistan from the Taliban.

Here are a few of Yon’s pictures of the Kopp-Etchells Effect in action. 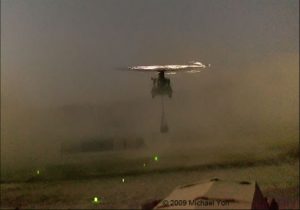 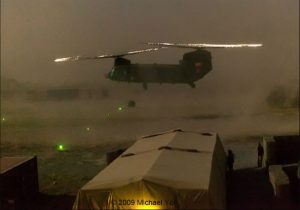 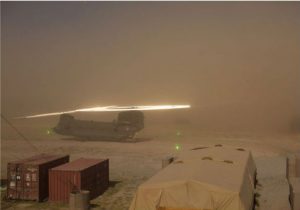 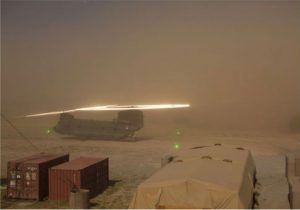