The Senate passed two bills on Tuesday that would prohibit the Obama administration from transferring to the United States any prisoners currently being held on terrorism charges at the Guantanamo Bay naval base.

The bills, which were overwhelmingly approved by bipartisan majorities, bar Gitmo inmates from being relocated to America and prevent the administration from spending taxpayer funds to retrofit U.S. prisons to hold Gitmo prisoners.

The measures come in response to efforts by the White House to shutter Gitmo and relocate to the United States all of the remaining prisoners still being held there on terrorism charges.

The Obama administration has continued despite these laws to push for Gitmo’s closure and the transfer of detainees to the United States, prompting outrage among some lawmakers.

Existing law have "not prevented President Obama from trying to empty Gitmo, releasing these terrorist detainees to any country he can pay to take them and now threatening an executive order to bring them to the United States—to Colorado, Kansas and South Carolina—against the will of the American people," Sen. Jim Inhofe (R., Okla.) said Tuesday on the Senate floor.

"The president violated the law last June when he transferred the ‘Taliban Five’ from Gitmo in exchange for [captured U.S. soldier] Sergeant Bergdahl, failing to notify Congress 30 days before any transfer of terrorists from the detention facility and to explain how the threat posed by the terrorists had been substantially mitigated," Inhofe said.

Terrorists released from Gitmo have been documented returning to the battlefield.

"According to the Office of the Director of National Intelligence, 29 percent of detainees transferred out of Gitmo have either been confirmed or suspected of returning to fight the United States and its allies," Inhofe said. "These individuals pose a direct threat to Americans at home and overseas."

Because Gitmo is located outside of the United States, prisoners held there are not entitled to constitutional rights granted to typical U.S. prisoners.

"Closing GTMO will result in terrorist detainees being sent to U.S. soil, gaining U.S. constitutional rights reserved for our citizens, and present an increased risk of terrorist activity in this country," according to Inhofe. 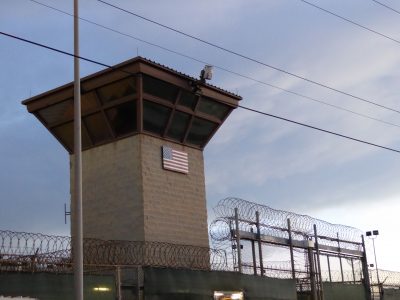 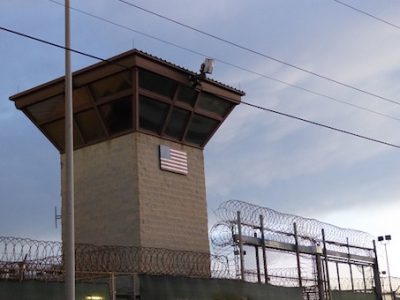