Samantha Power will take over at as ambassador to the United Nations following Susan Rice’s promotion to national security adviser. Here are Power’s five most embarrassing comments.

Power wrote that U.S. foreign policy 'needs not tweaking but overhauling," in a 2003 New Republic article.

Power recommended that United States officials should apologize to the world for its past failures in order to enhance credibility with foreign countries.

'A country has to look back before it can move forward," Power wrote. 'Instituting a doctrine of the mea culpa would enhance our credibility by showing that American decision-makers do not endorse the sins of their predecessors."

2. Power recommended the United States intervene with a "Mammoth Protection Force" in Israel, then called the idea "weird" 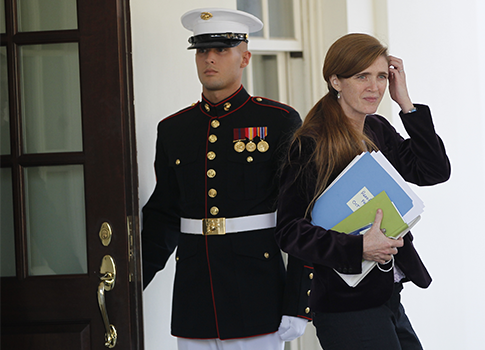 Power made several recommendations on what the United States should do to alleviate the Israeli-Palestinian conflict, which she compared to the Rwandan genocide, in a 2002 discussion at Berkeley.

Though she stopped just short of calling it genocide, she did say that she saw 'major human rights abuses" in Israel.

Power advised that the United States should stop spending money on the Israeli military, and instead invest billions in a new Palestinian state.

'It may mean sacrificing—or investing I think more than sacrificing—literally billions of dollars, not in servicing Israel’s military, but actually investing in the new state of Palestine," Power explained.

She continued by recommending that the United States invest billions to send 'a mammoth protection force" in order to create a 'meaningful military presence" in Israel.

One of the few concerns for Power was that such action would alienate the pro-Israel lobby in the United States.

'Putting something on the line might mean alienating a domestic constituency of tremendous political and financial import," Power said.

Power herself recognized that her statements were problematic in 2008.

Speaking about her own comments, Power said, 'This makes no sense to me."

'Even I don’t understand it … The quote seems so weird," Power added.

3. Power praised Obama’s willingness to meet with enemies without preconditions 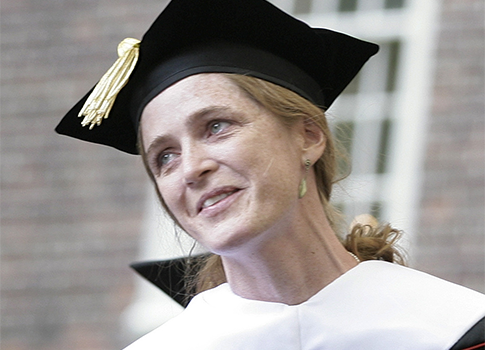 Power offered praise for President Barack Obama’s statement that he was willing to meet with rogue leaders without preconditions in the first year of his administration.

According to the Huffington Post, Power saw this statement by Obama as a turning point for his campaign and talked positively of his staunch insistence on the point.

"I can tell you about the conference call the day [after Obama made the proclamation]," she recalled. "People were like, 'Did you need to say that?' And he was like 'yeah, definitely.'"

4. Power lost her job with Obama for calling Hillary Clinton a 'monster" 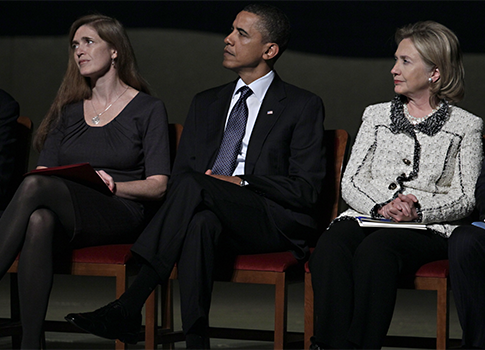 Power was forced to resign from Obama’s presidential campaign for calling Hillary Clinton a 'monster" in 2008.

The comments came during an interview with a Scottish newspaper.

"She is a monster, too — that is off the record — she is stooping to anything," Power said.

She went into depth on what she believed were deceitful tactics by the Clinton campaign.

'You just look at her and think, 'Ergh.' But if you are poor and she is telling you some story about how Obama is going to take your job away, maybe it will be more effective. The amount of deceit she has put forward is really unattractive."

According to Power, she will go to her grave regretting the comment.

5. Power on John Kerry: 'He must have thought that having got shrapnel in his ass out there bought him some credibility. It didn't." 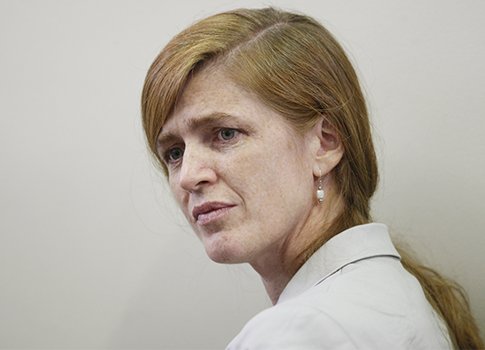 Power had strong words for Secretary of State John Kerry following his failed 2004 campaign for president.

Power thinks that it was a mistake for Kerry to assume his military record alone would be enough to deflect attacks on the merits of his service in Vietnam.

"The lesson we got was that the only thing worse than John Kerry being Swiftboated was his being slow to respond," Power told the New Statesman. 'God love him, he must have thought that having got shrapnel in his ass out there bought him some credibility. It didn't."